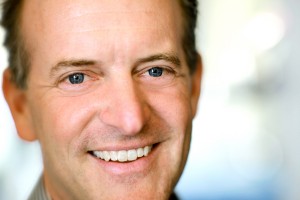 The first week of May was a busy one for Jon Callaghan.

The co-founder and managing partner of True Ventures was introduced as the new chairman of the National Venture Capital Association at the organization’s annual conference, VentureScape, in San Francisco.

Then Fitbit, one of his firm’s portfolio companies and whose board he sits on, filed for a public offering.

You can read plenty more about this VC, who drops emoticons in his tweets, in this issue of VCJ.

Jon writes a column, discussing his vision for the industry in the year ahead. And VCJ Senior Editor Mark Boslet interviews him about his goals during his one-year term as chairman.

I’ve known many VCs who have served as chairman for the NVCA and I’m encouraged by what Jon has to say.

In his interview with Mark, he notes that the industry needs more presence in Washington, D.C., as well as nationwide, and he campaigns for a strong voice.

Issues that he and his fellow VCs face are national, if not international, in scope, including immigration, patent reform, capital formation, privacy and cybersecurity, to name a few.

Tell me what you think. What are the big issues you face every day you wake up to do your job? And what do you think about the NVCA as a representative of you and your peers?

I have long thought that the NVCA was too focused on institutional VCs, but I have seen more angels and superangels express interest in the group. This includes Jim Scheinman, founder of Maven Ventures, who I bumped into at VentureScape.

Jim was also having a big week. A seed-stage investor, Jim has backed three companies that have become unicorns, including Bebo and Tango. And he seed-backed Banjo, too, which last month raised funding at a $900 million valuation. Almost a unicorn.

Jon notes that venture capital is innovating across all stages, as new models, new entrants and new ways of supporting the entrepreneurial ecosystem are emerging. As he notes in his column, this includes crowdfunding, syndicates, accelerators, incubators and emerging managers, including more corporate VCs, not to mention growth investing.

“More and more powerful players in the global capital markets are joining our industry’s cause to empower the world’s entrepreneurs and high-growth companies,” he writes.

Recognizing the breadth of what constitutes a VC is the first step in being an all-inclusive group.