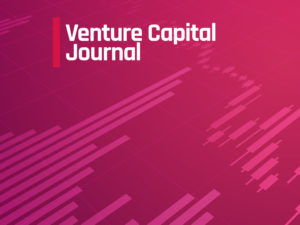 Venture capital investing in Canadian technology companies was strong out of the gate in Q1 2021, according to a report issued this week by the Canadian Venture Capital and Private Equity Association. In all, C$2.7 billion was deployed to 175 financings, marking the most active quarter on record. Robust dollar flows owed to 16 mega-rounds, which took 67 percent of the total. First-quarter activity was led by late-stage deals, CVCA said, signaling continued momentum behind VC-backed initial public offerings.

Later stage investments received half of all the VC funding in this quarter with 71% increase in deal count and a 277% increase in dollars invested year-over-year (YoY), a signal that more Canadian companies may be preparing for an initial public offering (IPO). Notable later stage deals in Q1 include Vancouver-based fintech company Fraction, Toronto-based education technology company Top Hat, and Toronto-headquartered fintech company ClearCo (formerly Clearbanc).

“The record quarter was propelled by late-stage deals with an increase in investments in Canada’s best-performing companies,” said Kim Furlong, Chief Executive Officer, CVCA. “VCs are willing to stay the course across all stages of the startup life cycle. This rise of growth is contributing to the current IPO rage which is expected to continue throughout 2021. It’s an exciting time for Canada’s innovation sector and a testament to the role VCs play in our economy.”

There was a total of eleven exits valued at CAD $4.8B in the first quarter of 2021 which is 30% of the number of exits and almost 50% of total exit value in all of 2020. The largest exit this quarter was St. John’s-based fintech company Verafin, listing on the NASDAQ for CAD $3.5B, one of the largest exits on record, with participation from Information Venture Partners, Northleaf Capital, BDC Capital and Teralys Capital. Another notable exit was Dialogue Health Technologies’ IPO, listing on the TSX for $779M, the Montreal-based electronic health company followed 2020’s trend of Canadian life sciences companies going public during the COVID-19 pandemic.

Information, communications, and technology (ICT) sector received more than 54% of the total investment in the first quarter of 2021, with CAD $1.4B invested across 103 deals. The life sciences sector received 12% of the investment with CAD $324M across 24 deals, and cleantech received around 10%, with CAD $261M across 9 deals.

For a deeper look into the performance of Q1 as well as the trends uncovered in 2020, the Canadian private capital industry will be gathering for CVCA’s Invest Canada ’21 on June 8 and 9. This year, there are several expert-led panels dedicated to exploring current themes including behind the IPO boom, the increase in SPACs, and the economic potential of Canada’s life sciences industry. For more information, visit the Invest Canada website.

About the CVCA
Our vision
A thriving Canadian economy driven by private capital
Our Mission
CVCA’s mission is to help our members fuel the economy of the future by growing the businesses of today. We do this by supporting and connecting a vibrant private capital industry with advocacy, research, and education.
CVCA is also the nation’s ultimate resource for data on Canadian private capital investments. Please visit: http://www.cvca.ca.

For more information or to arrange an interview, please contact: