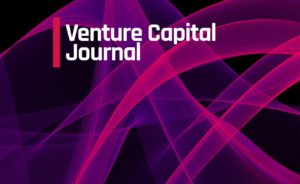 Venture capital investing in Canadian technology companies in Q1 2021 reflected stronger values relative to trends last year, with C$3.1 billion deployed to 157 financings, final data released by Refinitiv show. This marked the most robust quarter in dollar terms ever, topping the prior record of C$2.8 billion in Q4 2019. Computer-related and internet companies led VC investing, securing 78 percent of the total. Canadian funds accounted for 42 percent of all disbursements in Q1 2021, while US funds took a 46 percent share.

Canadian venture capital totaled $3.1 billion invested across 157 rounds throughout the first three months of 2021. Although investment volumes were flat year-over-year, investment values rocketed to their highest level ever recorded, surpassing the previous record of $2.8 billion set in Q4 2019 by 10% and marking a year-over-year increase of 67% from Q1 2020. The average size of disclosed rounds was $23.1 million, up 77% from $13.1 million a year ago.

Nine rounds in the first quarter saw investment values in the nine-figure range. The top round for the period was the $385 million investment into blockchain-based game and entertainment company, Dapper Labs. The funding received by the Vancouver-based business was the second largest Canadian venture capital round of all time and was led by Coatue with support from a large group of firms and individuals. The second largest round for the quarter was obtained by digital home equity platform, Fraction, also based in Vancouver. The $289 million round was backed by Impression Ventures, Primetime Partners, Global Founders Capital, Panache Ventures, and others. Rounding out the top three was the $214 million investment into Montreal-based travel platform, Hopper, led by Capital One with support from Inovia Capital, WestCap, Goldman Sachs, and Citi Ventures.

Domestic funds invested $1.1 billion in Canadian companies during the quarter, just a 42% share of all disclosed financings. This was down from their 57% share throughout the entirety of 2020 and lower than any annual share since 38% in 1992. Funds located within the United States supplied $1.2 billion, or 46%, of all funding, up from 36% throughout 2020.

A total of 14 Canadian VC funds recorded closes during the first three months of the year, raising a combined $1.5 billion in commitments, an increase of 265% compared to a year ago. Inovia Capital’s second growth fund was the largest fundraise for the period, with a close of $560 million in March.

Canadian companies completed 16 VC-backed exits worth $5.7 billion in the first quarter, the largest single quarter in dollar terms on record. The top completed exit was Nasdaq’s $3.6 billion cash purchase of Newfoundland-based financial security company, Verafin, announced in November and completed in February. The top newly announced exit for the quarter was the reverse takeover transaction to take Ontario-based lithium-ion battery recycling business, Li-Cycle, public via SPAC. The transaction valued the company at $1.2 billion prior to the deal proceeds.