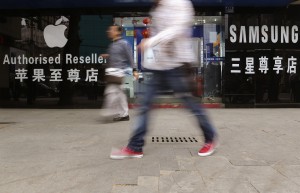 Sometimes it appears that business conditions can be the darkest just before dawn.

Undaunted, some VCs continue to invest out of existing funds and are also looking for new money, anticipating much better times ahead.

David Chao, co-founder and general partner of DCM, declined to comment on the filing, but says he has continued to invest in new deals despite recent problems with the Chinese economy.

“Investors in China are still active, but of course activity is slower,” says Chao, who’s optimistic that a dramatic upturn is in the works.

He points to Beijing’s recent decision to relocate 250 million underemployed citizens from the countryside to cities over the next decade, which will fuel expansion of the nation’s middle and working classes and, in turn, increase demand for more consumer services. He says new businesses popping up to fill that anticipated demand of a growing middle class and the massive urbanization going on in China.

“Those consumers will want two TVs, not just one, and they’ll want to buy a car, and refrigerator, too, making it attractive for entrepreneurs to start new services and create new products to catch that wave,” Chao says.

Among its recent deals, DCM participated in a $20 million Series B round in Chinese beauty brand Lumi, which makes a top-selling consumer health drink in China. ClearVue Partners, Fidelity Growth Partners and others also invested.

He says he estimates that sales for Lumi and its competitors could surpass sales for similar drinks in Japan, which now totals $6 billion to $7 billion a year.

“Investors in China are still active, but of course activity is slower.”

Chao says he’s also optimistic because of what’s happening in China’s market for smartphones. China has 250 million smartphones, more than the United States, and which command 35% of China’s Web traffic.

“The mobile revolution is much more visible in China,” says Chao, who adds that despite the downturn in many sectors, “there’s been a flurry of new business formations in the mobile IT space.”

In addition to its general fund, DCM also invests from its $100 million Android-focused fund to invest in startups developing new applications with Google’s operating system, one that commands up to 80% of the Chinese market for mobile devices.

Two years ago, DCM and Kai-Fu Lee, the former head of Google in China and who now runs Innovation Works, a Beijing-based incubator, invested $8 million in a Series A round in the Beijing-based Android app store Wandoujai, which claims more than 200 million users and is growing at a seemingly improbable rate. Chao says that the store is adding more than 500,000 new users a day.

In 2010, DCM and the large private equity firm SAIF Partners led a $15 million Series B round in online classified ads provider 58.com, which is modeled much like Craigslist and is currently No. 1 in the Chinese market for providing classified ads.

“We’re interested in opportunities that match online ecommerce with offline ecommerce,” Rochkind says. “We think this ‘O-to-O’ space is going to be huge over the next five to 10 years.”

“When the IPO market picks up, you’re going to see more venture capital invested. We see better times ahead in China.”

Rochkind says that the online retail shopping experience is actually better than offline stores, but he also said the offline retail sector has been growing, too, despite the roiling economy. General Atlantic consumer-based portfolio companies include the Zhongsheng Group, with 150 car dealerships nationwide and which went public on the Hong Kong Stock Exchange, and Ten Fu’s Tea, a retailer of upscale tea products, which also trades on the Hong Kong exchange.

“What we’re experiencing is that the Chinese want to consume,” Rochkind says. “They want to have interesting experiences when they consume.”

Richard Lim, managing director of the Palo Alto, Calif.-based GSR Ventures, says that China’s mobile gaming sector is what’s driving his interest because of the rapid growth in smartphones and the fact that games developed elsewhere don’t go over well in China. He’s also interested in companies developing new applications for the exploding number of smartphones in the world’s most populated country.

“I see great investing potential in companies developing unique applications for the market there,” he says.

GSR recently invested an undisclosed amount in Beijing-based DiDi Taxi, which has developed a system that allows smartphone users to order taxi service for a slight premium over regular rates. Less than one year after the launch of the service in major cities like Beijing and Shanghai, more than 5 million people are using the service, which now has to compete with venture-backed Uber, which plans to rollout its black-car service in China.

To be sure, the Sino economic slowdown has had an impact on the number of deals. Investors put just $3 billion into 107 deals through the first six months of the year, compared to $4.2 billion into 428 deals in 2012 and $13.8 billion into 786 deals in 2011, according to Thomson Reuters (publisher of VCJ).

Investors anticipate that the pending U.S. IPO of the Alibaba Holding Group Ltd., a closely-woven family of very successful Internet-related businesses, including Alibaba.com, will generate more than $100 billion in exit returns for investors, which could, in turn, free billions of dollars in new capital that will be put back into new startups.

Lim says the poor showing of many companies that listed U.S. shares in 2010 and 2011 can be attributed to over aggressiveness on the part of underwriters.

“The banks were taking Chinese tech companies out 100 times 2013 earnings,” Lim says. “And they didn’t perform.”

But he predicts more Chinese companies will line up to sell shares on U.S. equity markets now that online ecommerce site Lightinthebox has conducted a successful stock sale on the New York Stock Exchange in June. In 2010, GSR participated in a $35 million Series B round in the company.

“When the IPO market picks up, you’re going to see more venture capital invested,” he says. “We see better times ahead in China.”