After a two-month delay, Tencent Music Entertainment’s IPO is back on track. This much-anticipated public offering is likely to re-ignite the battle with Spotify for global supremacy of streaming music.

Tencent (TME), the Chinese leader in music streaming, initially filed to go public in October. But TME, a subsidiary of Chinese mega unicorn Tencent Group, delayed the offering due to market volatility, fears of a global trade war, and growing macroeconomic uncertainty. Last week, TME filed an amended F-1 prospectus hinting at an IPO as early as this week.

Per its latest filing, TME plans to raise about $1.23 billion through the sale of 82 million ADSs that will trade under the ticker TME on the NYSE. The price range of the cover is $13 to $15 per ADS. Each ADS has two common shares of equity and voting power. Based on an estimated 3.2 billion shares outstanding, we estimate TME’s post-IPO valuation could range from $21.2 billion to $24.5 billion, but it could go as high as $30 billion (see analysis below).

If TME’s revenue growth exceeds 50 percent in 2019, this valuation implies a revenue multiple in the range of 8x and 9x. This would be a hefty a premium to Spotify’s. Spotify completed its IPO in April.

For context, Spotify (SPOT) went public with a valuation of $29.5 billion. Since then, its stock price has ranged between $120 and $198, as compared with the reference IPO price set by NYSE of $132. That translates into a market cap of $22.78 billion to $35.29 billion and a revenue valuation multiple between 3x to 4.6x.

By comparison, TME boasts more active users, faster revenue growth, and greater profitability than Spotify. However, TME has a smaller revenue base and fewer paying subscribers compared with Spotify. The key fact is that TME’s business model is much more diversified than Spotify’s.

TME derives significant revenues from its social and karaoke services. Clearly, TME has laid the groundwork for building the super app of entertainment in China.

In the wake of the success of Spotify’s public offering, TME will be another key gauge of investor sentiment about the future of digital music streaming.

Recent Chinese IPOs have performed better in the U.S. than Hong Kong

With TME, the U.S. public markets are about to see the entry of yet another major Chinese tech company. Earlier this year, Pinduoduo, Meituan-Dianping and Xiaomi went public, raising nearly $9 billion in aggregate proceeds.

Despite the trade difficulties between the U.S. and China of late, TME still appears to be taking advantage of the U.S. bull market for IPOs (and avoiding a bearish HKSE). Of the companies listed previously, Pinduoduo and iQIYI are trading in the positive territory. Conversely, Xiaomi and Meituan, which both went public on HKSE, are trading below their issue prices.

Despite the uncertainty in trade affairs, US investors clearly have an appetite for Chinese companies coming to their shores, and TME is looking to capitalize.

Spotify’s IPO was broadly considered a test of the music streaming industry and investor interest in the category. Eight months later, TME will test investors once again.

Somewhat uniquely, Spotify’s S-1 filings gave investors a look into the history of trading for its ordinary shares in private transactions leading up to its IPO. A subset of the information provided in the filing is shown below.

The markets have generally been kind to Spotify thus far. While the recent downturn in its shares have pushed it below its IPO price, Spotify has traded within 3x to 4.6x EV/Revenue in the eight months since the IPO.

Both companies are generally regarded as music streaming companies, but there are a number of meaningful differences that might affect investor perception of TME.

First, TME has a larger base of Monthly Active Users (MAUs). As of the third quarter of 2018, Tencent Music has 880 million MAUs, compared to Spotify’s 191 million.

More interesting, however, is the rate at which they are converting each user to a premium or paid user. While TME’s MAUs are 4.5x larger than Spotify’s, only 34.8 million of those users have paid memberships, compared to 87 million for Spotify.

Expressed in percentages, only 4 percent of TME’s users have paid memberships, compared to 46 percent for Spotify. While this could serve as evidence for growth potential, TME will have to demonstrate a sustained ability to convert active users to paying users.

A different story revolves around each company’s recent growth. A comparison of the first three quarters of 2018 to the same period of 2017 shows TME is growing at an impressively higher rate – 84 percent YoY versus 28 percent for Spotify.

Comparing gross margins, each company has enjoyed consistent increases since 2016. TME, however, has improved at a faster rate. It grew 40 percent in the first three quarters of 2018, compared with 25 percent for Spotify. If this trend persists, TME should continue to increase profitability, something Spotify has yet to achieve.

It’s interesting to note a little-known fact about both TME and Spotify. The companies enjoy mutual ownership. Per TME’s filing, a series of transactions between the two companies (essentially a stock swap) have resulted in each holding a minority interest in the other.

As TME describes it, the purpose of the transactions was to create a strategic partnership that allows the companies to work together. By collaborating, they would help build the streaming music ecosystem. It has worked.

The case for TME

From a valuation standpoint, we expect TME to increase revenues at annualized growth rates exceeding 75 percent over the next 13 months. In other words, the company’s 2019 revenues could surpass $4.6 billion. For context, public markets currently value Spotify at 3.2x EV/Revenue (1 year forward).

We believe TME would be valued at a slight premium to SPOT, given its higher revenue growth rate and gross margins. If we apply a healthy 6.5x EV/Revenue multiple on this estimated 2019 revenue, the company’s valuation on IPO could very well reach $30 billion.

The value of TME appears to be in attempting to bridge the gap between social entertainment and music streaming services. To this point, it is worth noting TME is more complex than Spotify. While the latter derives revenue from ads and premium subscribers, these two categories only account for about one quarter of TME’s revenues.

The remaining portion is attributable to “music-centric live streaming services.” Per the company’s filing, this service includes both Kugou Live and Kuwo Live, two platforms that allow online stage performers and users to share and engage with interested followers. Operating significantly as a social media platform, these apps are monetized through virtual gift sales and premium memberships.

Music: A growth story once again

The good news for TME (and Spotify) is that the global music industry is large and growing again, largely due to digital music.

According to the International Federation of the Phonographic Industry, after a decade-long decline, global music sales have increased on a year-on-year basis in the past five years. In 2016, this growth accelerated to 6 percent, largely due to a tipping point in digital music sales, resulting in over $13 billion in annual sales.

Paid music streaming is the fastest-growing segment in the global music landscape. Within digital music sales, there has been a clear shift toward paid subscriptions, which are growing 45 percent YoY and now account for one-third of global digital music sales. Digital downloads have declined over the past several years, whereas ad-supported music streaming has increased at a CAGR of 25 percent since 2010.

TME is undeniably benefiting from this growth and has already demonstrated its strong positioning in the market. According to iResearch, China’s top five online music entertainment apps have MAUs of at least 80 million. The top four fall under the TME umbrella. These apps include Kugou Music, QQ Music, WeSing and Kuwo Music.

While the core of all the apps is music entertainment, each offering is unique, whether it is geographic focus, genre specific offerings, scale of library, or WeSing, a more fundamental integration with social media. With this diverse array, TME is ensuring it casts the widest net to reach as much of its addressable market as possible, while enjoying the overall growth in the digital music industry.

Despite all TME’s positives, there are certain challenges and risks it will face on an ongoing basis. As a streaming platform, TME depends heavily on content licensing from large players, including Sony Music Entertainment, Universal Music Group and Warner Music Group.

As we have mentioned before, TME has historically had a small proportion of paying MAUs. While the company has thus far generated sufficient revenues to attain profitability, any additional growth would likely require the conversion of free MAUs to paying MAUs. This may be very challenging, as has been the case when free services transition to a fee-based model.

And, as demonstrated by social media companies, consumer preferences can change quickly. Since TME’s offerings are part of a social experiences beyond simply music streaming, the company must be adept at predicting the preferences of consumers. That means TME must continuously improve or diversify its offerings. In short, simply because users enjoy the karaoke features of WeSing today, they may not do so forever.

One additional challenge TME will face is the inevitable increase in competition. As a relatively new offering in China, TME has benefited from first-mover advantage to capture a significant portion of market share. Spotify, on the other hand, has been tested by Apple Music, Tidal, Amazon and others.

TME will need to find a way to maintain its share of the market in the face of new and/or existing competitors. Further, because TME provides a bundle of music offerings, it will likely face the unique issue of competitors encroaching upon its individual offerings. We have begun to see this in companies such as Douyin, the short-video sharing app with over 500 million MAU, arguably an alternative to WeSing’s online entertainment focus. 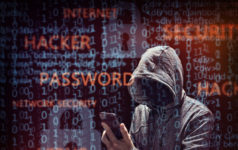 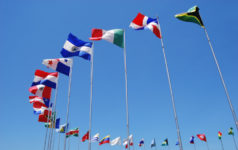 Venture capital in Latin America: We need to invest more 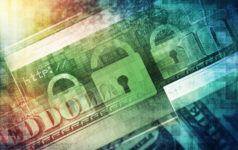 Why cybersecurity is so hot as an investment area