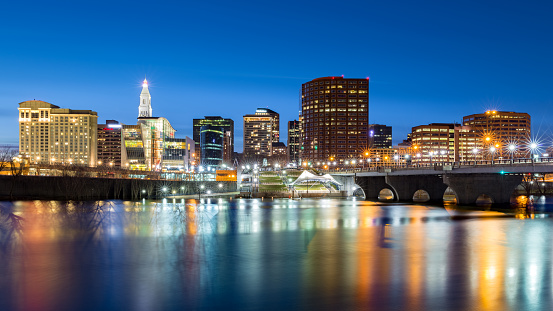 The Connecticut Retirement Plans and Trust Funds (CRPTF) continues to build out its venture portfolio through a separately managed account (SMA), a strategy that has proven a great success thus far.

The Hartford-based pension system committed $75 million to Constitution Capital Fund V – Series E at its August 12 meeting, according to a release from the organization. The SMA is managed by Fairview Capital and invests in venture and growth equity vehicles.

The fund looks to invest in 10 “top-tier” venture managers across the US. The program will look to make re-up commitments to existing manager relationships in addition to investing in new firms from seed to late stage.

Fairview has invested $900 million across seven evergreen vehicles since 2005 for the CRPTF. Fairview has relationships with VCs like Battery Ventures, Lightspeed Venture Partners and New Enterprise Associates, but prefers small and medium-sized funds and does not always re-up with fund series that have gotten too large. It has steadily decreased its commitments to funds over $500 million and $1 billion.

In previous years, the pension has allocated additional capital to the SMA initiative for co-investment opportunities of late-stage and growth equity companies located in Connecticut. It has no plans to do that with this latest commitment, according to a CRPTF spokesperson.

The pension system has operated its venture structure almost entirely through these separately managed accounts for the last 15 years and will continue to do so, a spokesperson confirmed.

Venture makes up 17 percent of the portfolio’s private equity bucket in a stake worth more than $634 million, as of the end of 2019, and the pension is aiming to decrease the stake to 13 percent of the PE portfolio.

CRPTF is working to decrease its exposure to venture capital despite the strategy clocking the second highest return in the organization’s private equity portfolio. The strategy returned 12.2 percent at the end of 2019, only surpassed by growth equity, 34 percent.

The pension plans to continue to commit up to $78 million to venture each year as it works to reach that target.

The Connecticut Retirement Systems and Trust Funds was founded in 1982 and serves more than 212,000 active and retired members. The multi-pension fund has more than $35 billion in assets under management.