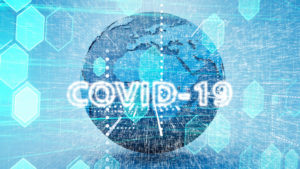 The US economy is suffering through the effects of a once-a-century disruption, and this negative outlook isn’t sparing venture capital.

But that outlook isn’t the same everywhere.

While American LPs are rightly focused on the stateside economy, worried that restarting it after the covid-19 downturn will take years, investors elsewhere are seeing a slightly different reality. Across South-East Asia, where a number of our partners are based, the economic fallout from the pandemic has been relatively minimal, with life more or less returning to normal in large parts of Japan, China and elsewhere.

It’s not that private market funding isn’t down. The drop in Asia has been dramatic, with deal volume 40 percent lower than the previous quarter and total funding down 35 percent.

But while the US and much of Europe remains in various forms of lockdown, our Asian counterparts are describing a world that has already largely bounced back from those lows.

Some of my evidence for this argument is admittedly anecdotal, like the Asian-based VC who recently told me that his LPs across the Pacific Ocean were far calmer than their US counterparts. Or another who said life was mostly normal, with a focus again on putting money to work and getting supplies shipped from Shanghai to Stanford.

But since anecdote is just another word for sentiment, I’d say they still matter.

The truth is, many Asian countries have generally been better prepared to live through the sort of pandemic we’re currently experiencing because they’ve already lived through different versions of it.

It happened nearly two decades ago with SARS, one decade later with H1N1 and in 2015 with the MERS outbreak that affected South Korea, Taiwan, Hong Kong and others. After those experiences, many countries in the region built advanced epidemic tracking and response plans, and those preparations are paying off in spades today.

It reminds me of the first time I felt an earthquake in Tokyo. My face went green, while the rest of the room stayed calm. They were prepared for the moment and its aftermath, and I’ve seen that same preparation impact how quickly life has bounced back after covid-19.

During the H1N1 outbreak, for example, we had to delay a conference that we’d been planning for months right at the height of the virus’s transmission in 2009. But today, despite the very real percentage drop in volume, we have yet to experience any delays in closing deals.

And the industry is banding together to help those who need it most.

One leading venture fund in South-East Asia recently reached out via WhatsApp to a consortium of industry peers and has circulated a list of all the start-ups in the region. Their message to major companies, wealthy individuals and others: If you’re going to spend money, spend it with these start-ups. It’s a venture version of the American consumer push to support small businesses while stuck at home.

If the impact is being felt anywhere it’s in the less visible parts of the market, such as the proliferating world of micro VC funds. High-net-worth individuals, who’ve just seen their net worth cut in half, are far more likely to rein in the scope of their venture ambitions.

But those who’ve experienced this sort of pandemic fallout before appear more eager than anxious to get their money into circulation.

Phil Wickham is a managing director at Sozo Ventures