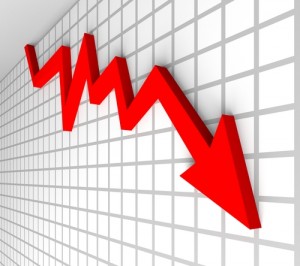 In October, there were 21 VC-backed, U.S.-based companies acquired, including eight with disclosed prices that combined totaled $906.5 million, according to a VCJ analysis of the data from Thomson Reuters. That’s down from the month before when 31 companies were acquired for nearly $3 billion.

The top deal with a disclosed value in October was AqueSys Inc, which was acquired by Allergan PLC for $300 million. Second largest was Ibiquity Digital Corp, which sold to DTS Inc for $172 million.

Year-to-date, through the end of October, 281 acquisitions have taken place of VC-backed companies for a combined deal value of nearly $15.2 billion. The M&A activity remains way off the bonanza that was 2014, which included the multi-billion sales of WhatsApp, Nest Labs and Oculus VR. In the first 10 months of 2014, 394 venture-backed companies were acquired for a combined total of $45.8 billion. Even after removing the top three acquisitions of WhatsApp, Nest and Oculus, the combined value of deals last year exceeds $20 billion through the end of October.

Other notable stats from the list of M&A deals in October:

To download an Excel file with a complete list of deals from the quarter: Venture-backed M&A, October 2015

Photo illustration of down arrow courtesy of Shutterstock.