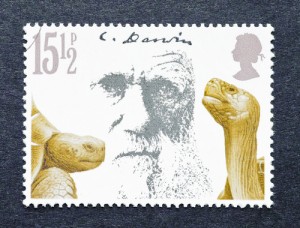 “One general law, leading to the advancement of all organic beings, namely, multiply, vary, let the strongest live and the weakest die.” –Charles Darwin

As you can see from the quote above, I was recently perusing the works of my favorite business advisor, Charles Darwin, after I saw this statistic on Twitter:

That is some serious survival of the fittest, or a whole lotta’ death of the inflexible.

And it is probably a scary thought, or should be, for those who sit at the top of the healthcare mountain right now. Today’s king of the castle can be tomorrow’s court jester. Look no further than the words of Charles Darwin, who really should have been a management consultant:

“It is not the strongest or the most intelligent who will survive but those who can best manage change.” –Charles Darwin

Half a century ago, life expectancy of a firm in the Fortune 500 was around 75 years. Now it’s less than 15 years and declining even further, according to Steve Demming in an article called “Why Big Companies Die.”

Even though those 10 companies were the giants of their time, there has been pretty significant turnover at the top. The current top 10 are: WalMart, Exxon, Chevron, Berkshire Hathaway, Apple, Philips 66, General Motors, Ford, General Electric and Valero Energy.

As you can see, only three of 10 have maintained their place at the top. Of the seven no longer in the top, their fate was as follows:

• US Steel exists, but no longer in Fortune 500

• Chrysler went bankrupt and its assets were acquired by Fiat

• Armour and Company was sold and broken into parts

• Mobil Oil was merged into Exxon

“I think it inevitably follows, that as new species in the course of time are formed through natural selection, others will become rarer and rarer, and finally extinct.”

Here are the healthcare companies that are included in the 2014 Fortune 500:

That’s 45 companies, almost 10 percent of the current Fortune 500. And if you go by history, some 86 percent of them are doomed to obscurity or worse if they don’t learn how to adjust to life after the giant asteroid hits earth, also known as the full implementation of the Affordable Care Act.

“It is always advisable to perceive clearly our ignorance.”—Charles Darwin

Many of these companies are making sincere attempts to modernize and modify their businesses to change with the times.

I was recently told by one of the very large entities on the healthcare Fortune 500 list that they were undertaking certain activities (challenges, accelerator sponsorship, etc.) to “check the innovation box,” thus completely minimizing the import of the undertakings.