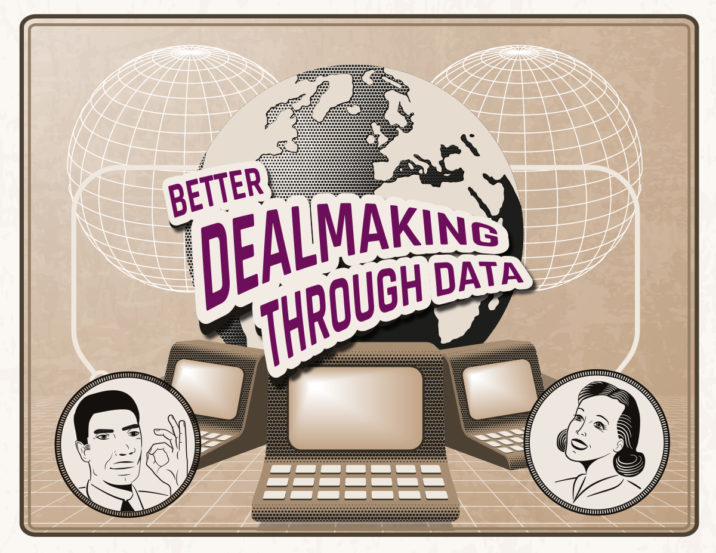 Henrik Landgren was almost two years into developing EQT Ventures’ Motherbrain when he and his team realized the proprietary machine-learning platform had hit a tipping point in 2018.

Users had started sharing stories about how spooky it was that Motherbrain could predict interesting companies for them to meet. The platform finally had a good interface, which led to increased usage and, ultimately, to trust from users. Today, Motherbrain is an integral part of EQT’s deal-sourcing efforts.

EQT is one of a small number of firms leading the big data charge in PE. They primarily use it in three areas: deal origination, due diligence and value creation. Here is how firms on the cutting edge are using data science to try to gain a competitive advantage.

Sweden’s EQT and London-based Hg are among the first firms to embrace data science to find the best deals. Deal origination is largely a human endeavor. Personal networking and word-of-mouth are the dominant tools of the trade. In fact, only 3 percent of respondents in affiliate title Private Funds CFO’s Insights Survey 2021 said they use artificial intelligence for sourcing investment targets.

EQT, founded in 1994, began developing Motherbrain with the launch of EQT Ventures in 2016. The system currently monitors more than 10 million companies, pulling data from dozens of structured and unstructured sources to identify patterns that may be useful as EQT searches for target investments.

Over the years, Motherbrain has evolved from supporting only EQT Ventures to being used as the main dealmaking platform within all of EQT’s private capital strategies. To enable collaboration across EQT’s business lines, its relationship intelligence scoring highlights internal experts within EQT for any given company, says Elin Bäcklund, deal engine lead at EQT Ventures. “One of our product principles is transparency. We will only keep information siloed if we have to.”

As such, Motherbrain knows who in EQT has meetings lined up with potential targets and pings them a list of the company’s investors, its affiliate companies, as well as similar companies in the field.

Motherbrain’s expansive data infrastructure includes crowdsourced data, third-party data from data brokers and financial data scraped from the web on companies of interest to EQT, Bäcklund says. “The idea is that we want to model the world. We want to have all the companies that are out there in Motherbrain. That’s the only way we can do sourcing and identify emerging trends, rather than going always with the traditional work of being reactive to incoming leads.”

EQT Ventures does not use Motherbrain to source all of its deals, but the platform has been pivotal in investments in nine of more than 60 US and European companies. They include Peakon, a Danish HR start-up; Handshake, a career network for US college students; and WarDucks, a Dublin-based augmented reality gaming start-up.

EQT notched its first exit of a Motherbrain-inspired investment on 28 January when Workday agreed to buy Peakon for $700 million. EQT was the lead investor in the company’s Series A in 2017 and actively supported the next two funding rounds, which helped the start-up raise more than €50 million over two years. Peakon was a company that Landgren found himself using Motherbrain’s early algorithm.

Landgren, who built the analytics team at Spotify before joining EQT Ventures as an operating partner, says the firm learned some important lessons in the early days of Motherbrain. For example, technology needs to be extremely easy to use and truly add value for users to embrace it. The first two years of development for Motherbrain involved a lot of iterating to make sure it became part of the daily life of every person on the deal team. “When the platform was not as easy to use [in the beginning], users instead went to other platforms to manage their workflow,” Landgren says. “That meant we didn’t get the data needed to train the algorithms, and we also couldn’t effectively get the team to act on the companies suggested by Motherbrain.”

“You log in, you have your individual interface, which looks like the best-of-breed productivity tool out there, and you see the companies you are tracking,” he says. “And using signals, the algorithm helps the user prioritize the companies that are most promising to look at.”

Like EQT, Hg is a big believer in big data. The tech specialist launched a data analytics team to support its portfolio team in 2016. To be clear, Hg’s analytics team does not drive the decision about which companies to back. It aggregates as many different signals (such as emails and internal communications) and scrapes public sources (such as press releases from company websites and filings from the UK’s Companies House and regulators) to accelerate the deal funnel. The tool sends research and updates to deal executives to help them prioritize the best possible investment opportunities.

“We have over 10,000 targets in the pipeline and we enrich that by using public and alternative data sources to try and flush out where the best investment opportunities are,” says Christopher Kindt, a director in the firm’s portfolio team who also leads Hg’s 20-member data team.

To read more from this deep dive on data in dealmaking, Private Equity International subscribers can click here for the full feature.