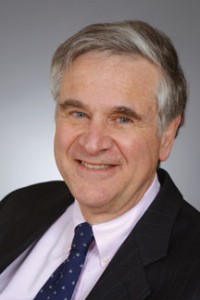 Canada is the envy of the world. And not just for winning hockey gold in the 2010 Olympics. While the rest of the globe claws out of recession, Canada’s economy grew an impressive 6.1% in the first three months of the year. There were no mortgage meltdowns or bank bailouts to speak of in the Great White North. Nor was there mass unemployment—the nation has already regained about three-quarters of the 400,000 jobs lost during the recession.

While the rest of Canada is back on its feet, the venture industry remains flat on its back, and some fear it may never get up. Deal activity in 2009 was down 27% from the previous year. And, in the first quarter of this year, venture firms invested just C$276 million ($265.8M) in Canadian startups, the lowest amount since 1996, according to the Canadian Venture Capital Association and Thomson Reuters. What’s more, VC fund-raising has fallen off a cliff. At the apex in 2001, institutional investors pumped C$2.2 billion ($2.12 billion) into Canadian VC firms, but last year they wrote checks for just C$380 million ($365.9 million).

There was one piece of good news in mid-July, when Calgary-based Smart Technologies pulled off the biggest U.S. IPO of the year ($660.11 million). But VCs were left out of that celebration, as Smart’s largest shareholder was private equity firm Apax Partners, which bought a sizable minority stake in the digital whiteboard maker three years ago.

So, is this the end of the line for the Canadian tech scene, which over the years has produced a number of standout companies, including Research in Motion, Nortel, Newbridge Networks, Corel, and Ballard Power Systems? That may be overstating the case, but there is certainly a growing sense of concern, both within the country and south of the border.

There was a real risk the entire tech ecosystem in Canada could collapse. That really brought out the Canadian pride in me. I couldn’t just sit back and watch an entire innovation engine fall apart.”

Chris Albinson, a proud Canadian and a managing director at Panorama Capital in Menlo Park, Calif., first noticed something was seriously amiss about a year ago. That’s when he started getting a flood of calls from Canadian entrepreneurs saying they couldn’t get funding—not because they weren’t good companies, but because domestic VC firms had no money to invest.

At the same time, the once-dominant Nortel had just declared bankruptcy and was getting sold off in pieces. “There was a real risk the entire tech ecosystem in Canada could collapse,” Albinson says. “That really brought out the Canadian pride in me. I couldn’t just sit back and watch an entire innovation engine fall apart.”

Albinson’s solution was to team up with other prominent Canucks to create C100, an organization of well-placed tech execs in Silicon Valley who want to lend a hand to Canadian startups. It turns out there are some 300,000 Canadians in the Valley—and every Nasdaq 100 company has at least two Canadians on its senior executive team, according to Albinson’s research.

To date, C100 has held a number of networking events and has brought a total of 70 companies to the San Francisco Bay Area for meet and greets with various executives and venture investors. Seven of those companies have gone on to raise $45 million from U.S. venture firms, Albinson says.

“The mission is simple,” he says. “We need to help Canadian entrepreneurs wherever they are.”

The basic problem in Canada is the lack of high-quality, local money available. We like to syndicate our deals, and to do that you need a local partner on the ground. That’s increasingly hard to find in Canada.”

The Canadian government has also woken up to the extent of the problem, and is now doing something about it. As a first step, it has eliminated a prickly tax measure called Section 116, which presented a huge hurdle to foreign investors looking to invest in Canadian startups. To avoid Section 116, and the specter of double taxation, U.S. venture firms had to spend up to $400,000 in legal fees to convert Canadian companies in their portfolios to Delaware holdings.

“There was tremendous anecdotal evidence that U.S.-based VCs were not investing in Canada because it was just too much of a nightmare,” says Stephen Hurwitz, a lawyer with Choate Hall & Stewart who specializes in cross-border venture capital transactions. But now that Section 116 has been effectively repealed, Hurwitz says it is just as easy for American VCs to invest in Vancouver or Toronto as it is to invest in San Francisco or Boston.

With or without Section 116, the hurdle rate for investing in Canadian startups is still much higher than for U.S. startups, says Charley Lax, managing general partner of GrandBanks Capital in Wellesley, Mass. Why? “Because the basic problem in Canada is the lack of high-quality, local money available,” he says. “We like to syndicate our deals, and to do that you need a local partner on the ground. That’s increasingly hard to find in Canada.”

Lax adds that the number of Canadian venture firms he is willing to co-invest with is small and getting smaller. Indeed, there are only about 10 active venture firms in the market these days, down from about 100 a decade ago. “Most of the venture firms in Canada don’t have the oomph to grow these companies from a capital perspective,” says Lax. “The reality is they are not staffed with the same kind of people you get here [in the U.S.], people who are lifelong VC guys or who have built hugely successful companies.”

Still, that hasn’t prevented GrandBanks from investing in a half dozen Canadian companies in recent years. Those companies represent about 20% of the firm’s portfolio. Investments include Colubris Networks, a wireless infrastructure company that sold to Hewlett Packard in 2008, xKoto, a virtualization company that was recently sold to Teradata, and I Love Rewards, a Web-based provider of employee rewards and incentive programs.

Our U.S. co-investors have deeper and broader relationships than we do. When they are involved, our companies perform better than if we are in them alone.”

Besides high-quality entrepreneurs and a lack of competition from other investors, the thing that keeps GrandBanks coming back to Canada is something called SH&ED (pronounced shred) tax credits. Basically, the Canadian government will reimburse tech startups up to 65% of their R&D outlays. “This is like cash straight from the ATM that goes right back into the company’s balance sheet,” says Lax. “Over the lifetime of the investment, that ends up being millions of dollars that is non-dilutive and that can be spent on whatever we want.”

The only catch is that the company’s R&D activity must remain in Canada, and cannot be conducted across the border, says Lax. But that doesn’t stop him from moving the management team of every Canadian startup he backs to the Boston Area. It’s a strategy he calls Red Sox Nation. “We keep all the engineering in Canada, but then we hire a new CEO, COO, CMO and CFO here in Boston,” he says. “The plethora of talent in Boston—which is home to dozens of billion-dollar tech companies—is huge, compared to Montreal or Toronto.”

Does this kind of American arrogance bother Canadians? Actually, Canadian VCs are the first to tell you they welcome their U.S. counterparts with open arms and wish there were more of them on the scene. “Our U.S. co-investors have deeper and broader relationships than we do,” admits Chris Arsenault, managing partner at iNovia Capital in Montreal. “When they are involved, our companies perform better than if we are in them alone.” Most recently, iNovia joined forces with Panorama Capital and Greycroft Partners to invest in Tynt Multimedia, a Web analytics startup based in Calgary.

One of the biggest benefits that a U.S. venture firm can offer is visibility, says Rob Chaplinsky, a native Canadian and managing director at Bridgescale Partners in Menlo Park. There are many great Canadian startups that build an early technical lead, but then startups from California enter the market and get more buzz and attention, he notes. “It’s sort of analogous to how Stanford professors can get a term sheet from Kleiner Perkins, while professors from Carnegie Mellon go unnoticed,” Chaplinsky says. “There is an unfair advantage to being in the Valley.”

Indeed, Canadian-based tech firms typically secure about 40% less capital than their U.S. counterparts. “That’s a recipe for disaster,” says Hurwitz. “Something has to be done fast if Canada is not to lose a whole generation of entrepreneurship in technology.”

Something has to be done fast if Canada is not to lose a whole generation of entrepreneurship in technology.”

For Brian Antonen, a partner at Celtic House Venture Partners in Toronto, that means getting back to basics and focusing on the nation’s core strength: technology infrastructure. Celtic House currently has two standout companies in its portfolio that fit the description: ViXs, a Toronto-based semiconductor company that makes video processing gear, and Fresco Microchip, a fast-growing developer of chips for televisions and consumer electronics. Both of these companies are rumored to be on track to go public at valuations of $500 million or higher. If that happens, it will be a huge shot in the arm for the Canadian venture scene and could bring investors back into the market.

“Our sweet spot is infrastructure, whether it’s chips or systems or software,” says Antonen. “Web apps, on the other hand, are not our strength. The concept of starting a Web company in Canada and competing against the folks in Silicon Valley is kind of crazy. So don’t expect the next Twitter to come out of Toronto.”

Still, what U.S. investors would like to see from Canadian entrepreneurs is more of a Twitter-like attitude—the belief that they can build big companies with huge valuations and that they can change the world. Even in his portfolio, Lax notices a big difference in DNA between his Canadian and U.S. companies. “I do believe we have several billion-dollar companies in our portfolio, but I don’t believe any of them are Canadian,” he says.

Until he can say otherwise, Canada will likely remain an afterthought for most U.S. venture investors.