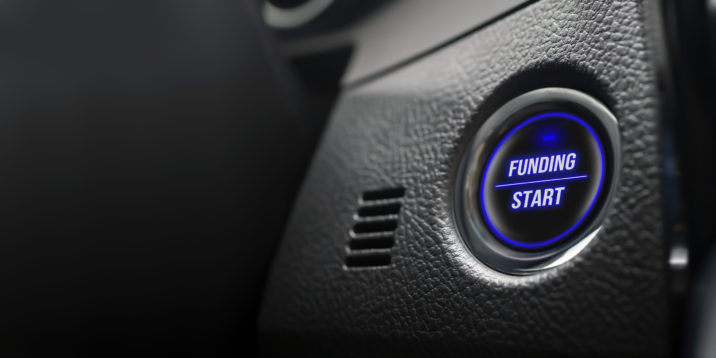 Raising a first venture fund is difficult no matter the circumstances and 2020 has come with its own breed of unique challenges. But first-time fundraisers are resilient and say they are still scoring victories this year.

The success of first-time funds, in terms of the number of final closes and capital raised has ebbed and flowed over the last few years. Two years ago, 2018, saw a record-breaking $7.2 billion raised across 106 vehicles, according to data from PitchBook. While the first half of 2020 is down 79 percent so far from 2018’s full-year total, the data is actually trending quite positively.

Since the second quarter wrapped up in June, there have been multiple first fund closes. Addition Capital raised a super-sized $1.2 billion debut fund. FTW Ventures, a San Francisco-based pre-seed foodtech investor raised $4 million for its inaugural vehicle and Human Capital, an entrepreneur consulting firm, closed on $4.6 million for its first fund.

Multiple funds raising their first vehicle say they have found fundraising success approaching the market with a compelling strategy and putting in the work before taking investor meetings.

“Funds should approach fundraising the same ways entrepreneurs should approach founding a company, build something that is so sexy and so interesting that people want to follow you,” says a Austin, Texas-based seed and Series A fund manager focused on investing in how people live, work and play.

This was echoed by the other first-time fundraisers who spoke to the Venture Capital Journal. Everyone was in agreement that even in this period of market uncertainty, LPs are still interested in funds that offer a different strategy or portfolio diversification.

“If you are a generalist, what value are you adding? How can you truly stand out in the market?” asks the Austin GP.

Focusing on a niche area of the market or an undercapitalized stage in a sector helps funds stand out.

One Palo Alto, California-based investor says that when their firm was developing its fund to focus on software investing, they decided to make the focus on early growth, Series A through C. They did so because while there are many other funds focused on that same sector, they aren’t focused on that stage. This not only gave the firm a different approach, it also proved successful with LPs who recognized the gap.

“The sweet spot of venture is the early growth stage. Companies are starting to show some initial traction, something that is incredibly attractive to the company to back,” the California manager says. “It’s one that we felt good about from an investor standpoint and LP standpoint. It’s not the binary nature of super early stage nor is it the frothy late stage that people get worked up about.”

Another way for debut funds to resonate with LPs is to present them with a fund size that accurately matches the proposed strategy because LPs will be much more comfortable investing a percentage of the vehicle when the potential impact of their commitment is clear.

For instance, the Palo Alto VC who’s investing in software says their first fund is targeting $100 million. But they’re thinking long term when it comes to successive funds.

“The idea is that fund one, fund two, and fund three set up a preeminent franchise that rides the coattails of a massive megatrend that will play out over the coming years,” the Palo Alto GP says. ”Having the right size fund squarely aligns with our incentive with LPs.”

Agreeing with that notion is Bryan Slauko, co-founder of Metiquity Ventures, a Calgary-based micro VC fund raising its first vehicle to invest in seed-stage tech companies in Alberta and surrounding Canadian provinces.

“I’d love to get to $25 million,” Slauko says. “That’s a target but maybe it’s a little aggressive. I’m being pragmatic. I don’t want to go out and throw big numbers. I don’t think that’s realistic being a first-time fund. If we can get $15 [million], $25 million to get a decent portfolio of companies and carry that in forward to another fund in a few years that’s great.”

Another factor these funds accredit their success to is coming to investor meetings prepared with data and a track record for investors to dig through, even if it isn’t a traditional portfolio of past investments.

Some funds, like Metiquity, come to meetings prepared with a handful of companies that represent what the fund would invest in. Slauko says that they will complete the due diligence process beforehand to give investors an idea of what the future portfolio will look like and how the fund will operate.

“I can present actual companies I’ve been working on and show them as investment opportunities,” Slauko says. “The challenge is going out as a blind fund, with no assets, and a first-time manager without a track record. It’s certainly a difficult thing to do.”

He adds that they held a first close earlier this year and then made some of the commitments they had performed diligence on which allowed them to revisit with LPs to potentially make larger commitments and with new potential investors.

The Austin-based GP says that they also made sure to spend time building out the firm’s infrastructure and personnel before fundraising instead of after to show their firm’s commitment to the strategy and what it will look like when it deploys that first vehicle.

They add that they found it also resonated with LPs how much advice they had taken before forming and launching their product as the firm grabbed expertise from many funds ranging from micro funds to behemoths like SoftBank.

“The challenge is going out as a blind fund, with no assets, and a first-time manager without a track record. It’s certainly a difficult thing to do”
Bryan Slauko
Metiquity Ventures

While this year isn’t likely to top 2018’s first-time fundraising success, it has proven its resilience and may even outperform recent years prior.