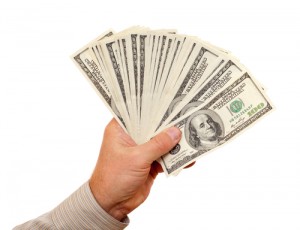 No sooner than General Motors recovered from its financial challenges (read bankruptcy), it jumped in the world of VC. GM Ventures was launched in the summer of 2010 with a $100 million purse. The goal was simple: invest in innovative automotive technologies. With Google, Adobe, IBM, Proctor and Gamble, Nike and more, corporate (CVC) is back with a vengeance. The wounds of the dotcom bubble have healed, and strategics are looking to strike deals with startups. Pinterest/Rakuten just goes to show it, but were that not enough, Fenwick & West said in a recent report, corporate VC activity is up elsewhere, too.

Mark Heesen, President of National Venture Capital Association (NVCA) speaking at a breakfast in Ann Arbor pointed out that corporate VCs get it. “It is no longer a challenge for a company to take in capital from a corporate VC – while a decade ago, it may have been limiting, today that’s not the case.” The NVCA has as many as 60 CVC members, up from 45 in 2004. Entities like National Association of Realtors, United Parcel Service (UPS), Conoco Phillips and Coca Cola are now listed as CVC members. Per the NVCA, the percentage of deals with CVC investment has crossed 18% as of Q1 2012. 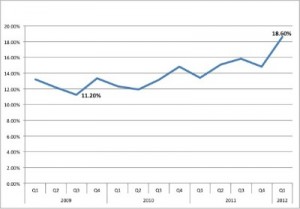 Chris Rizik, who manages Renaissance Venture Capital Fund, a Fund-of-Funds says: “I think that the current generation of corporate VCs are more sensitive to this issue than their predecessors were, and are more open to investment structures that create ‘win-win’ situations with financial VCs. It is rarer these days for corporate VCs to demand exclusivity or some kind of enterprise purchase option when they invest.”

But even as corporations are sloshing with cash on their balance sheets, eager CVCs are looking to deploy that capital, preferably directly into companies.

Corporations’ participation as LPs in Funds or Fund-of-Funds are unclear. Lisa Edgar, Managing Director at Top Tier Capital Partners, a Fund-of-Funds with over $7 billion under management says, “Pharmaceutical companies have lost the ability to invest in R&D and so they look to the VC community for product pipeline. I see a lot more big pharma with corporate VC arms than ever before.”

Indeed, top pharma companies such as Amgen, Merck, Novartis and Pfizer are actively investing via CVCs in early stage companies, trying to find the next Lipitor. Rizik agrees, “The problems being faced by corporations in finding and developing new technologies haven’t gone away. If anything, those issues have become more pronounced with cutbacks in major corporations over the past five years. Many corporations want to play a more active and strategic role in finding and investing in relevant technologies.”

CVCs are notoriously fickle – either its strategy du jour or change of the guard. Its misalignment of financial interest or lack of accountability – at times, CVC even invest in competing portfolio companies to gain access to technologies. All of the above creates fundamental challenges that make some of the VCs say, “It’s dumb money” Even if CVC portfolio companies generate superior returns, it doesn’t matter, blogs Fred Wilson “One-time gains in corporations don’t make anyone rich. Wall Street ignores the gain. The company can’t put the gain into the pocket of its management. So it just doesn’t matter very much.” Lisa Edgar of Top Tier Capital Partners says, “If corporates are getting back in the market, it’s a market top! They are usually not great market timers in that they get in at the top, then get frustrated and sell at the bottom. That is the historical pattern of most corporate VCs.” To Lisa’s point, CVC indeed peaked in the year 2000 at almost 25% deals with CVC investments. And while GM Ventures has made a number of direct investments in the past few years, lessons from Ford nearby are a sobering. Ford had deployed as much as $300 million in VC investments a decade ago. The fund folded as the bubble burst. Chris Douvos, Managing Director of Venture Investment Associates, a $1 billion Fund of Funds once told me that “Venture capital is that dark alley where people come to get their fix”. This is where the young and cool – the new – the shiny reigns. And if done right, CVCs can get that fix and make an impact on their bottom line, as well.