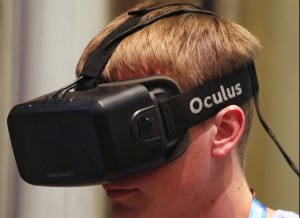 If Formation 8 Partners had a theme song, it might be Frank Sinatra’s “My Way”

Since inception, partners at the San Francisco-based tech-focused venture firm have done things their own way, whether it be setting fund size or determining how many overseas offices a newly launched VC ought to maintain.

The firm closed its first fund, a $448 million vehicle, in 2012 with a mantra to invest in early-stage Internet, software and energy tech companies tackling “hard problems.” It was the largest first-time fund since the dot-com boom, by partner estimates.

The co-founders of Formation 8 are, even by venture standards, a well-connected bunch: Joe Lonsdale, co-founder of analytics provider Palantir Technologies (recently valued at about $9 billion); Brian Bonwoong Koo, a member of the founding family of Korean conglomerate LG Group, whose investment arm he formerly ran; and Jim Kim, formerly of Khosla Ventures and CMEA Capital.

From inception, Formation 8 wooed entrepreneurs by pitching the firm’s deep connections to Asian markets as a value add. The firm maintains offices in Seoul, Singapore, Shanghai and Beijing. Its LPs are also some of the largest Asian corporations, including Korea Telecom and LS Group.

“We definitely wanted a fund that had scale,” said Kim, who noted that helping negotiate partnering opportunities for portfolio companies takes a lot of effort, and “you don’t want to do all that work if you only have a tiny sliver of ownership.”

That said, partners didn’t want to raise something much larger than what they have, after looking at research showing that for funds above $500 million, it gets harder to return a multiple, as you need multiple home runs just to pay back LPs.

Luckily, Formation 8 LPs can already count on at least one home run return.

“We definitely wanted a fund that had scale.”

The firm scored one of the fastest huge exits ever for a new fund, when Facebook announced this year that it will acquire virtual reality headset maker Oculus VR for $2 billion. Formation 8 invested in two rounds in 2013 for the Irvine, Calif.-based company, alongside Spark Capital and others. Kim didn’t elaborate on returns, although media reports said the acquisition provided a few thousand percent rate of return.

Though Oculus is the deal with which Formation 8 is most closely associated, the firm has backed a number of other startups that have raised large up rounds or drawn considerable attention. The list includes RelateIQ, a developer of enterprise relationship management software that raised a $40 million round in March and a $20 million one in the summer of last year. Formation 8 was a backer in both rounds.

(Salesforce announced in July it would purchase RelateIQ for $390 million.)

The firm also invested last year in Thalmic Labs, a developer of wearables technology, co-investing once again alongside Spark.

Kim said the firm looks for companies where there’s an “A-plus” engineering team, technical risk is largely mitigated, and there’s real potential for a billion-dollar-plus business. Formation 8 shoots for a 20 percent to 30 percent stake in the companies it backs, Kim said, and the portfolio is heavily tilted to companies looking to sell their wares in Asia.

That was the case for UtiliData, a Formation 8-backed developer of power automation control systems that is marketing to customers in China, Korea and U.S. markets Kim said the firm also helped founders of another portfolio company, mobile shopping startup ContextLogic (operating as Wish) set up its ContextLogic Korea division. For Oculus, Formation also helped set up partnerships in Asia, Kim said.

But while things appear to be working out according to plan in Formation 8’s first couple years of investing, Kim does have some concerns going forward.

One is that valuations remain aggressive for compelling companies. To mitigate this, Formation 8 partners try to develop proprietary deal flow. They aim to back companies that are located far from major venture hubs or are in sectors, such as energy, which are less competitive.

“If you have a phenomenal entrepreneur who’s built several billion-dollar businesses and walks in the door with the next big idea, it’s going to be very competitive and everyone’s going to know about it… It’s like a knife fight to get into the very best investments,” Kim quipped.