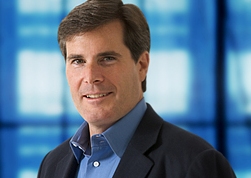 The venture world has been abuzz over the latest funding and valuation of transportation platform company Uber, which raised $1.2 billion in June from mutual funds and other investors and is valued at roughly $20 billion.

It likely will remain as the largest deal of the year when all is said and done.

Among the early investors in Uber are a number of individuals, including Nihal Mehta, general partner and founder of ENIAC Ventures. I first talked with Mehta about four years ago when he and three other University of Pennsylvania graduates announced launch of ENIAC, a mobile-focused, seed stage investment fund with just less than $2 million in commitments. Last year, ENIAC raised $12.9 million for its second fund.

Increasingly, we’re seeing many new firms and individuals, like Mehta, boasting strong performances from their early bets, thanks to the phenomenal rise of unicorn companies, like Uber, which have soared to valuations of $1 billion or more.

VCJ reporter Joanna Glasner has a story about it in this month’s issue, called “Top new venture franchises begin to emerge.” In it, Joanna looks at a roll call of newer standout firms, such as Thrive Capital, an early Instagram backer; K9 Ventures, an early backer of ride-sharing app Lyft; and Formation 8, an investor in virtual reality headset maker Oculus VR, which sold to Facebook for $2 billion.

For limited partners, Joanna reports that the biggest question mark dangling over these up-andcomers, is how they will fare when the downturn hits.

But suffice it to say, Formation 8 and others are in the spotlight.

And much in the same way that Mehta and ENIAC focus on mobile, seed-stage startups, a number of the rising venture stars we’re seeing have carved out areas of expertise that should serve them well with entrepreneurs and LPs. And no doubt, as the venture asset class continues shrinking, we’ll see more newer firms emerge and make a name for themselves.

In May, the National Venture Capital Association named Scott Sandell as its chairman for the next 12 months. Sandell, a general partner at New Enterprise Associates, was too busy during the organization’s annual meeting, called VentureScape, in San Francisco. But later in the month, I stopped in at the firm’s Sand Hill Road office to say hi.

I asked Sandell, who’s been with NEA since 1996, a few questions about serving as NVCA chairman. I wanted him to tell me what is the main, front-burner issue affecting the venture industry today. He wouldn’t commit to just one. We talked instead about a range of things, such as H1-B Visas, IPOs, the JOBS Act, the NVCA’s political action committee, hot tech sectors for growth, FOMO and how seed-stage investing is impacting the historical model of venture capital.

In regards to a shrinking venture industry, I noted to him that I saw a seed-stage investor I know from Palo Alto, Calif., in attendance at VentureScape. The investor told me he just joined the NVCA as a member and was excited to see what it was all about. Normally, I think of the NVCA’s annual conference as a gathering place for institutional VCs and LPs.

I also noted to Sandell, a former product manager at Microsoft, where he worked on Windows 95, that I saw a lot of entrepreneurs stick around for the entire two-day conference. Many of the entrepreneurs were there for the first day to take part in the Office Hours event, in which startup founders nationwide met one-on-one with VCs.

“The key [for the NVCA] is to expand our representation with entrepreneurs,” Sandell told me. “We’re mindful of our constituency. Take a look at our board and our NVCA members. Many were once entrepreneurs before they became VCs. That’s not an accident. We need to do a better job lobbying for entrepreneurs, as well as LPs, angels and GPs. It would benefit us all.”