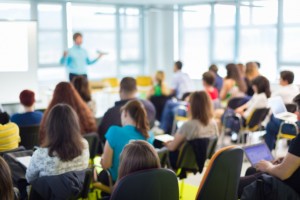 Ashley Bittner, a former federal government official in the U.S. Department of Education, joined Owl Ventures as a principal. She will help invest Owl’s latest education investment fund that closed on $100 million in August.

Bittner worked as a White House appointee to the U.S. Department of Education where she worked in the Office of Innovation and Improvement to develop and scale innovative approaches to education.

She led the Department’s efforts to expand access to early college experiences for more than 200,000 low income students annually, according to her biography on Owl’s website. She also worked as a consultant for the Boston Consulting Group, advising retail companies, philanthropic institutions and conducted due diligence on private equity funds. She began her career as a 7th and 8th grade social studies teacher in the Bronx through Teach for America.

Owl Ventures raised more than $100 million for its first education investment fund in August. The firm was launched by Tory Patterson and Jed Smith. Patterson was a partner and Smith was founder of San Francisco-based Catamount Ventures.

Owl has made a series of investments, including participating in a $13 million funding round in LearnZillion, which provides cloud-based curriculum software; leading a $10 million Series B round in DreamBox Learning, which uses data to personalize student instruction; and co-leading a $12 million funding round in Panorama Education, which gathers data through surveys of students, parents and teachers.