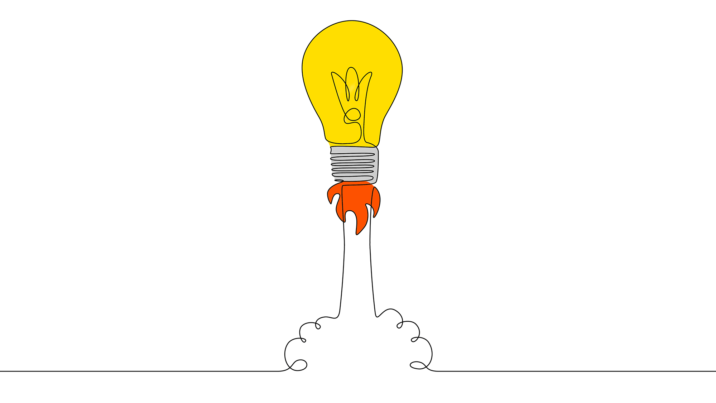 The decline in opportunities for emerging VC managers was one of the most talked about trends of 2020. The fact that emerging managers are being rationed a smaller slice of the LP pie is well-established, but the figures fail to acknowledge just how essential emerging managers have become to the continued evolution and record-breaking success of venture capital in recent years.

Emerging managers have always played more of a role in VC than traditional PE. They represent 38.3 percent of VC commitments over the past 15 years, compared with 20.5 percent of PE commitments, according to PitchBook. Despite the dip in last year’s figures, emerging VC managers still garnered nearly 30 percent of VC fund commitments in 2020.

The numbers last year were partly inflated due to ex-Tiger Global partner Lee Fixel raising $1.3 billion for his new fund, Addition, which invests in early-stage start-ups. Other than that, it’s no surprise that the number of first-time funds launched fell to 87, compared with 145 in 2019.

However, emerging managers’ lack of fundraising success from established LPs during covid looks set to change soon. In one sense, much of the struggle that emerging managers have faced may be more a result of new fund managers failing to meet their somewhat ambitious pre-covid targets, instead of not being able to get off the ground at all.

“Emerging managers have struggled a little bit, and the struggle is more with hitting their targets,” says Winter Mead, founder and chief executive at Oper8r, which works with emerging managers in venture capital to learn the ins and outs of fund finance and connect with LPs. Mead adds that “there are a few dynamics that have changed.”

For one, the value of liquidity reached record heights in 2020, with a total US exit value of $290.1 billion, according to PitchBook. And with money being returned to LPs at a quicker rate than before, many institutional investors are returning that cash right back to the established managers.

Having cash returned to LPs is a key metric that LPs use for due diligence. This makes the re-investment process easier internally, though it takes up more of an LP’s time that could otherwise be spent surveying new managers. Plus, the competition among LP commitments has never been higher than in the past year, according to Laura Thompson, a partner at the LP-focused arm of Sapphire Ventures.

“GPs raising bigger funds [and re-ups] are coming back [to us] faster,” Thompson says. “We have a small team. So that has taken probably a little bit more of our time in the last couple years.”

But this is creating a trickier situation for the larger VC community. Larger and established multi-stage firms, such as Sequoia Capital, Andreessen Horowitz and New Enterprise Associates, are snatching up more and more LP commitments, creating one of the most competitive environments for LPs in the history of venture capital.

It is also leaving some LPs to think about the future of the space, given the high concentration of capital at the top.

“What [LPs] don’t want to happen is people to make too much money and, therefore, not be interested in VC anymore,” Mead says. “If that all happens next week, then [LPs] don’t have a VC portfolio.”

This is, according to Mead, forcing established LPs that do not typically invest in emerging managers to develop a new perspective about them. However, he admits they have not yet put large amounts of capital to work.

“When I look back over the past 18 months, I think that the real factor that’s affected first-time interest in funds of all sorts is this lack of in-person meetings,” says Kelly DePonte, managing director at Probitas Partners. “But if you’re a US-focused, first-time VC fund, probably by the end of the summer you’re going to have more of an ability to meet LPs face-to-face and more of an ability to move the discussion along.”

Hesitation from LPs to meet with, much less invest in, managers without track records amid one of the worst economic downturns and a pandemic is to be expected. But LPs’ interest in venture capital overall has increased significantly as of late.

According to an April survey by placement agent Eaton Partners, 61 percent of LPs surveyed were eyeing further commitments, compared with the 41 percent who had given the same response seven months previously.

But even the LP pool is changing

DePonte says the pandemic and related economic turmoil have no doubt forced many LPs into their safe zone. However, he believes the re-opening of much of the economy this summer might present new opportunities for LPs to once again seek out and back up-and-coming emerging fund managers.

“Maybe what [LPs] should be trying to do, is try and find the next Sequoia Capital,” he says.

DePonte says that anywhere between 30 and 50 percent of traditional or institutional LPs will not invest with emerging managers.

“GPs raising bigger funds [and re-ups] are coming back [to us] faster. We have a small
team. So that has taken probably a little bit more of our time in the last couple years”

However, the introduction of a rising class of LPs in venture is beginning to fill those gaps.

“There is a broader set of asset allocators that have entered the LP market in venture over the last three to five years,” says Alex Nwaka, principal at Touchdown Ventures, an organization that partners with corporations to help launch and manage their corporate venture arms. Those include family offices, sovereign wealth funds, non-US investors, endowments and some foundations as well.

“It presents a real opportunity for a lot of emerging managers and new managers to participate,” Nwaka says.

Oper8r has also looked at where LPs are coming from when backing emerging managers. Specifically, the company drilled down to look at microfunds raising $50 million or less for their first or second funds.

Unsurprisingly, Oper8r found, in a report issued in September 2020, that the majority of LPs in microfunds are family offices and high-net-worth individuals. And although the report found that “institutions do make large commitments” to emerging manager microfunds, such commitments are rare.

Stepping up the competition

Meanwhile, LPs aren’t the only ones experiencing competition.

“There are a ton of managers in the venture ecosystem and everyone is competing for the best deals,” Nwaka says. “[A fund manager] being able to articulate their competitive advantage, or edge, is at a premium.”

Running in tandem with the fact that LPs are beginning to survey emerging managers is the continued push toward diversity, equity and inclusion initiatives, which offer LPs a way of accessing new market segments.

Take, for example, Mendoza Ventures, a diverse-led emerging manager based in Boston. The firm’s founder in June told Venture Capital Journal of the growing number of diverse VC managers beginning to crop up and raise funds.

“We’re really excited that there’s a whole new family of funds, from Black-owned funds to Latinx- and women-owned funds,” he says