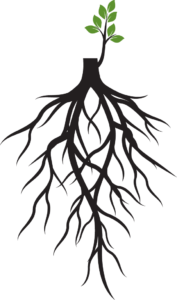 Environmental, social and governance efforts are not often talked about in the same breath with venture capital. But reactions to the covid-19 pandemic coupled with the recent call for venture to invest in more start-ups founded by people of color may compel the venture community to consider incorporating ESG investment policies for early-stage investing.

Of course, there are plenty of examples where impact investing and ESG-related principles are already prominent at venture firms.

Take, for example, Obvious Ventures. Co-founded in 2014 by Ev Williams of Twitter fame, the San Francisco early-stage firm is currently investing from its $271.8 million third fund it closed earlier this year.

Obvious Ventures prefers not to call itself an impact investor, but focuses on what it calls a “world positive” approach as it aims to invest in start-ups that make a positive impact on the world. Obvious Ventures initially backed Beyond Meat from its first fund in 2014. Other investments include Good Eggs, Magic Leap, Miyoko’s Kitchen and Urban Remedy.

Other notable firms in the impact investing and ESG space include DBL Partners, which believes financial performance and positive social change are inherently connected. The firm, with offices in San Francisco and Palo Alto, California, is looking to raise $450 million for its fourth fund to invest in cleantech, information technology, sustainable products and services, and healthcare.

Seed investor Butterfly Ventures in Finland has documented its approach to ESG. And seed-stage investor 500 Startups said this week it will make ESG principles a priority going forward for its portfolio companies.

There’s also Tin Shed Ventures, of Ventura, California, the corporate VC fund of Patagonia, which invests in environmentally and socially responsible start-ups. It initially launched in 2013 with $20 million.

Another example is Base10 Partners, a San Francisco early-stage venture firm founded in 2017 to focus on applied automation, SaaS, fintech and payments, and other vertical software. Base10 is an investor in Pill Club, a Redwood City, California-based ecommerce site that automates the process of individuals obtaining access to birth control. Fund I was $137 million, and Base10 is currently investing from its second fund, which is more than $250 million.

Though there are a number of black-led VC firms, such as Cross Culture Ventures, Backstage Capital and Precursor Ventures, and black angel investors, such as Erik Moore, Base10 was at the time of its launch the first black-led VC fund to raise more than $100 million for its debut fund.

A source familiar with the firm says after the initial fund closed, some LPs reached out to Base10 because of a push by the institutions to invest in minority-led fund managers. Reportedly, Base10 has also instituted a policy to score the start-ups they invest in and help predict whether the start-ups will meet ESG metrics over the long term. The firm declined to disclose details about its LPs or its portfolio.

ESG on the rise

While the attention given to ESG issues has never been greater in a world that faces climate change and human rights issues, VC often trails other asset classes in the adoption of ESG practices. This might be partly due to thinking the ESG ideas are less relevant for VC since fledgling start-ups have small teams and IT companies are not big polluters of the environment.

However, some point to the governance problems that VC-backed WeWork suffered prior to its initial public offering last year. Or consider the ride-sharing and takeaway-delivery apps and the battle over the rights of their workers in the gig economy. It’s possible that ESG considerations early in the life of these tech kinds of tech companies could have aided them in the long-term.

There is currently little guidance for responsible investors in the VC industry, according to the CDC Group, the UK financial institution, which along with the Dutch development bank FMO, earlier this year published Responsible Venture Capital to help investors navigate ESG issues.

“International ESG standards are not yet well-defined for many of the issues commonly faced by technology-based VC companies, including concerns about the gig economy, the risk of artificial intelligence perpetuating discrimination and the responsible use of data,” CDC Group said in its report. “Conversely, there are opportunities for VC-backed companies to support women’s economic empowerment, provide decent work and tackle climate change.”

Anecdotally, it seems that some investors are slowly taking notice about ESG.

“I do think that [ESG] sort of pivoted from an investor-driven application to companies actually seeing the value in sustainability and putting their own programs in place internally, because they, too, think that it’s an important variable to their own viability in the long term,” Kramer says.

A recent study by the market researcher Callan Institute found that institutions are increasingly incorporating ESG considerations into their investment decision-making process.

Their recent seventh annual study, which surveyed 89 US investors, reported that historically endowments and foundations were more commonly associated with ESG adoption rates. However, Callan found that public plans are incorporating ESG factors into their investment decision-making process at a higher rate than even their corporate counterparts.

Overall, Callan reported that 49 percent of public funds incorporated ESG decision-making in 2019, up from 15 percent in 2013.

What’s more, all the US institutions are adopting more ESG factors. In 2019, 42 respondents incorporated ESG factors into investment decisions, compared to 22 percent in 2013.

In addition, ESG is a new phenomenon for most survey respondents, as 62 percent of investors that utilize ESG began doing so in the past five years.

Whether this takes hold in venture is uncertain, but as one VC tells Venture Capital Journal: “The issue of ESG is more important right now. A lot of people in the industry are looking at it.”