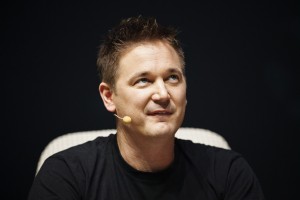 Deals, exits, trends. A look at what was hot in Europe during 2013, as VCJ highlights five venture-related stories from the past 12 months.

Supercell’s exit at $3 billion is the “story of the year,” according to PROfounders Capital Partner Sean Seton-Rogers. The Helsinki, Finland-based gaming company’s meteoric rise was confirmed in October, when SoftBank and GungHo Online Entertainment bought 51% of the company for $1.5 billion.

A consortium, including London-based venture firms Index Ventures and Atomico, invested €100 million ($135 million) into Supercell in February, valuing the company at about €600 million. They have made their investment back four times over in the space of eight months. Existing investors will retain half of their stakes in the business.

“This might look like another of those dot-com deals, where a wealthy corporate giant pays over the odds for a business with big user numbers and no concrete business plan, but Supercell is making money hand over fist. Revenue grew from $100 million in 2012 to $179 million in the first quarter of this year and are on course to hit $1 billion for the whole year,” said Rory Cellan-Jones, tech correspondent for the BBC.

“It all looks like a great success for Finland, also home of the ‘Angry Birds’ creator Rovio, and for the wider European technology scene,” he said.

Founded in 2010, Supercell has just two titles, “Clash of Clans” and “Hay Day,” both created by teams of half a dozen developers and released in summer 2012.

The Finnish company has become the leading proponent of so-called “freemium” games, which cost nothing to buy, but tempt players to spend money to speed up the action. “Clash of Clans” is the top-grossing iPad game in 122 countries and “Hay Day” in 78 countries.

2. Rise of the European ’unicorn’

Supercell is one of a growing band of European “unicorns,” according to Alex Macpherson, head of the ventures team at London-based Octopus Ventures.

That was the term coined by Cowboy Ventures, the seed-stage fund from Palo Alto, Calif., which in November built a dataset of U.S.-based tech companies that have launched since January 2003 and are most recently valued at $1 billion by private or public markets. Cowboy identified 39 “Unicorn Club” members.

For Macpherson, 2013 was the year that saw the rise of the European unicorn. In September, Zoopla, the property website in which Octopus had invested since 2009, was said to be mulling an IPO that would value it at more than £1 billion ($1.6 billion).

“The outlook is promising with a buzz and vibrancy in the startup scene in Europe.”

“The European venture market is frequently criticized for not building big businesses, yet over the last few years European companies such as Spotify, Wonga, Supercell and Zoopla have been built into significant entities – all now valued at more than $1 billion,” Macpherson said.

While in the past, businesses developed in Europe were quick to sell out to predominantly U.S. acquirers, many are now staying put. One third of Octopus’ portfolio companies operate in the U.S. market, but choose to remain U.K.-based. That’s because government support for enterprise is better than ever through tax relief on investment into smaller companies, and initiatives such as the Future Fifty – 50 high-growth companies earmarked for government help to create a pipeline of British tech IPOs.

“The outlook is promising with a buzz and vibrancy in the startup scene in Europe,” Macpherson said. “Beyond this there’s also a support network, most notably of serial entrepreneurs, who have already seen success and are now either building their next businesses or using their experience to assist the next generation of entrepreneur.”

3. The year of the even spread

The United Kingdom remains the largest European country by total investment value, but France this year overtook it in the number of larger venture capital investments for the first time, with Germany also nipping at the U.K.’s heels.

Figures from European technology investor DFJ Esprit and Go4Venture Advisers show there were 28 deals over $5 million in France in the first half, compared to 25 in the United Kingdom and 18 in German-speaking Europe.

“2013 was the year when the regions became equal and VC went broad in Europe. However, at around 200 $5 million-plus deals a year, the market is not growing – just spreading evenly,” he added.

While Europe is successfully launching fledgling businesses, the figures also point to a scarcity of capital for follow-on funding to get companies to the next stage.

“In Silicon Valley, the ratio of large investment rounds compared with smaller ones is over 1:1; in this latest data for Europe it is less than half that level,” Cook said.

It was also a year that saw huge cash injections of U.S. money into later-stage European companies.

Sequoia Capital investing in Wunderlist in Berlin, and Union Square Ventures investing in the Football App, also in Berlin – both were massive rounds, said Seton-Rogers of PROfounders.

In October, Union Square Ventures, a New York-based firm that has backed such companies as Twitter, Zynga and Tumblr, led a $7 million investment in Football App, which delivers minute-by-minute scores, news, videos, and stats for over 100 football (soccer, to you Americans) leagues, in seven languages.

A month later, Sequoia Capital invested $19 million in 6Wunderkinder, creator of the task management app “Wunderlist,” in its first investment in Germany.

Support came from within Europe, too. Existing backers London-based Atomico and German’s Earlybird Ventures participated in the Series B round, bringing total fundraising to $30 million.

In July, Earlybird closed its fourth fund at €150 million ($200 million) and said it was expanding into later-stage venture investments. In the last 12 months, it has made 10 investments worth an average of $3.4 million. By adding growth investments, its fourth fund is stage agnostic and has made initial commitments from the seed to series B stage, ranging from $400,000 to $13 million.

“Because there are many new countries with angel investment, it is easy to increase the overall figure and we expect a new record for 2013 in terms of investments,” said Paulo Andrez, president of EBAN.

While angel activity in some countries is on the wane – France being the prime example due to the end of angel tax breaks – strong growth is coming from such countries as Turkey, Ireland, Portugal, Spain and Britain, as governments across Europe implement new business angel co-investment schemes.