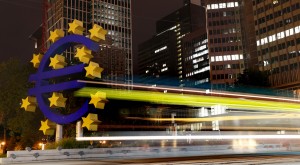 The firm is planning a final close for the fund of €100 million, and expects its first investment to be announced before the holiday season.

The co-founder of a new international seed fund is excited about European opportunities in fintech and gaming, but unlikely to back social media startups in the region.

Frank Meehan, founder and former CEO of Kuato Studios and INQ Mobile, is seen here attending the Reuters Technology summit in Paris May 20, 2009. Meehan, Bernard Moon and Net Jacobsson have established the $30 million SparkLabs Global Ventures in October to address the gap between initial seed investment and series A rounds.

“The issue in Europe is that there is very little M&A at US valuations, so companies are driven to revenue generation at an earlier stage,” Frank Meehan told VCJ.

Meehan, along with Bernard Moon and Net Jacobsson, established the $30 million ($40 million) SparkLabs Global Ventures in October to address the gap between initial seed investment and series A rounds.

The fund will back companies with strong technology products that can scale globally, and is expected to unveil its first European deal in the next three months.

At least a third of the fund, which will invest from $250,000 to $500,000 per deal, will be deployed in Europe under Meehan, who was once part of Hong Kong-based Horizons Ventures, which has more than 30 portfolio companies in Israel and Europe.

Europe-focused Biodiscovery 4 is roughly 25% larger than its 2008-vintage predecessor, thanks to commitments from the Edmond de Rothschild Group, BPI France and other institutional investors.

EDRIP struggled to attract fresh investment following the fund’s €125 million first close in July 2012, a milestone that led the firm to aim for a €200 million final close by the end of that year.

Biodiscovery 4, which has done four deals so far, will back therapeutic drug development, medtech, and molecular diagnostics companies, investing up to €20 million per company across all stages.

France is likely to be the most popular country for investment, though EDRIP will invest throughout Western Europe and will consider non-European opportunities for up to 20% of the fund.

Crescent aims to raise another £15 million from institutional investors and Invest NI to bring the final size of the fund to £30 million.

Invest NI is also backing Cork, Republic of Ireland-based Kernel Capital, which is making its first investment in Northern Ireland.

“Northern Ireland is still an immature market and one feature of immature venture markets is that supply [of venture money] drives demand and dealflow,” he told VCJ.

The money was raised in less than six months, with almost half coming from eight international investors. Nino Provera, founder and managing partner of Ambienta, told VCJ that a final close at €300 million will probably occur in 2014.

His first fund reached €218 million in 2008 and is now 83% invested across eight companies.

Fund II will continue in the vein of its predecessor, investing from €15 million to €40 million in European companies that provide pollution control or resource efficiency solutions. It won’t, however, back renewable power or cleantech businesses.

“The trends on which we are built are increasingly important around the globe,” Provera said.

About two-thirds of the fund will be deployed in Italy and Germany, the rest elsewhere in Europe.

Ambienta achieved its first exit in July with the sale of Tower Light to a U.S. trade buyer. Competition for new deals is increasingly coming from corporates rather than other private equity firms, Provera said.