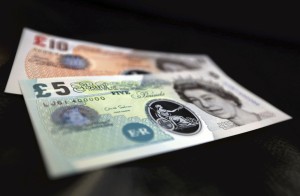 A new VC attempting to bring Silicon Valley’s “microcap” investment model to the European technology scene has celebrated a first close at $40 million.

London-based Hoxton Ventures aims to be the first institutional investor in Europe’s next billion-dollar technology company, by investing about $1.5 million per deal.

“During the downturn we saw lots of the classic VC guys who were early stage actually move much later stage, plus lots of [venture] shops shut down or moved out of the market,” he told VCJ.

Hoxton will invest across Europe with an initial focus on London, Berlin and Stockholm. The firm had completed two deals by December and is marketing to Google executives and Silicon Valley VC managers for a planned final close of about $50 million.

The firm’s other founder is Hussein Kanji, named as one of the top 10 up-and-coming young venture capitalists by VCJ in 2010.

Europe’s venture market has a new heavyweight contender following a $476 million final close by London-based Atomico, the VC set up by Skype co-founder Niklas Zennstrom in 2006.

Atomico III is three times the size of its predecessor, and will continue its strategy of investing mostly outside Silicon Valley in technology businesses with the potential to disrupt large industries.

“Our international expansion team helps our portfolio companies to scale across Europe and into large emerging markets like China, Japan, Brazil, Turkey and now Korea, where we have experienced people on the ground,” the firm said in a statement.

Sberbank aims to cash in on fintech fund

Russian lender Sberbank has established a $100 million global venture capital fund to latch on to the latest developments in financial technology.

With offices in London, Moscow and Canada, SBT Venture Capital will pursue direct investments in Europe, Russia and North America, as well as in other regions on an opportunistic basis.

Although one aim of the fund is to connect Sberbank to new technologies, especially in the fields of mobile payments and big data, generating returns is its main priority.

“As a VC, you need to have a stake in both types of fintech startup – the ones that compete against the banks and the ones that intermediate with them – but the ones with the most potential will use banks as a multiplier to scale,” Matteo Rizzi, a partner at SBT Venture, told VCJ.

The fund will invest $2 million to $8 million per deal, and aims to build a portfolio of about 30 companies. Three deals had been completed by December and Rizzi predicted another three before 2014.

While Sberbank is the sole LP at present, it plans to attract other investors over the next three years, possibly taking the fund up to $700 million.

Utrecht, Netherlands-based Gilde Healthcare has confirmed its transition from venture to growth capital with the final closing of its third flagship fund at €145 million ($197 million).

The firm started life as a venture capital investor, but moved towards later-stage funding with its 2007-vintage, €150 million sophomore fund.

Its latest life sciences fund will target European companies seeking to expand into the United States, as well as businesses looking to move in the opposite direction, with about two-thirds of the fund to be invested in Europe and the rest in the U.S. market.

Gilde Healthcare III will invest up to €15 million per company, mostly in products that have passed testing and are ready for sale in three target sectors; home and digital health, medtech and diagnostics and therapeutics.

The fund will back about 12 companies and had completed four deals by December.

Public sources, such as the European Investment Fund account for about a quarter of Gilde III; other limited partners include family offices and international corporate and institutional investors.

Global institutional investors have pledged £1 billion ($1.6 billion) to the second fund from London-based Vitruvian Partners, although no cash has yet been returned from the firm’s 2008 debut vehicle.

The mid-market and growth capital fund targeting Northern Europe, and the United Kingdom in particular, closed at its cap following commitments from Europe, the United States, the Middle East and Australasia.