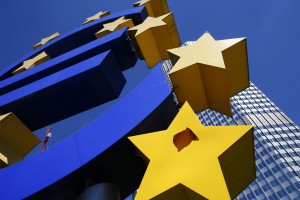 A new fund targeting Germany’s early-stage technology market has been finalized at €25 million ($33 million) after roughly three years on the road.

Munich-based UnternehmerTUM Fund reached a first close at €13 million ($17.4 million) in 2011, but then had to wait for confirmation of additional investment from a large corporate.

Other LPs in the fund include institutional investors, family offices, private individuals and the European Investment Fund, which is the largest contributor.

Munich Technical University—for which UnternehmerTUM is the innovation and business support organization—has not committed to the fund, which has an independent mandate to invest across Germany in most technology sectors, including Internet, IT, cleantech and medtech.

That said, of the fund’s five investments so far, two have been in spin-offs from the university.

A range of institutional investors from Europe and the United States backed the £110 million ($173 million) fund, which invests from £5 million to £15 million in British businesses worth up to £30 million ($48 million).

“People recognize that there’s a real opportunity in the U.K. at our end of the market, which is severely under-served by quality investors,” Philip Shapiro, co-founder of Synova, told VCJ.

He contrasted the fortunes of the mid-market, where a glut of buyout funds compete for limited capital, causing several to miss their fundraising targets this year.

Once finalized, the fund-of-funds should be directed into four directly investing VC funds of roughly equal size.

“According to a preliminary understanding, these will consist of a seed capital fund for startups and early-stage companies, a business angel co-investment fund, and two venture capital funds for early growth companies,” Kredex CEO Andrus Treier told VCJ.

Once finalized, each of the funds will seek to raise about €5 million ($7 million) of private investment from sources, including Estonian pension funds and foreign institutional investors.

The fund-of-funds will be initially publicly financed from Estonian state and EU structural funds.

Kredex started out as a financing and loan guarantee organization, but expanded into venture capital last year via a €20 million ($26 million) commitment to the Baltic Innovation Fund.

Growth capital investor Avedon Capital Partners has wrapped up its first fund since spinning out of Dutch merchant bank NIBC.

The firm, which resides in The Hague, finished marketing in March, but had to wait several months before a U.S.-based pension fund agreed to take NIBC Growth Capital Fund II to its final close of €190 million ($251 million).

Other investors include the European Investment Fund, Goldman Sachs, Macquarie, and the former parent NIBC.

Three deals have been completed so far, including German filtration company Seebach, which attracted co-investment from several of Avedon’s limited partners.

“We do €10 million to €30 million ($13 million to $40 million) equity tickets, but we have more firepower because there’s an explicit desire among many of our LPs to do co-investments,” Alfred Tulp, Avedon’s managing partner, told VCJ.

The new fund will mostly continue the strategy of its predecessor, investing in Benelux and German companies worth from €30 million to €300 million ($40 million to $400 million), but will no longer make mezzanine investments.