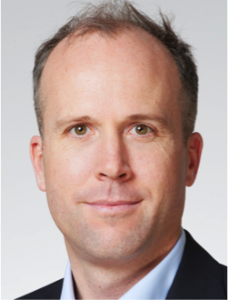 Earlybird Venture Capital closed its fourth early-stage fund with $200 million in commitments. The Berlin-based firm—which has invested in Auctionata, Carpooling.com, Versus.IO and EyeEm, among others—says the fund was oversubscribed.

Meanwhile, a procession of new funds awaits. After the summer, the fourth fund could be followed by the first close of a possible €150 million ($200 million) digital fund to target Turkey and Eastern Europe. And in the first quarter of next year, a €100 million ($133 million) medtech fund is also planned.

“European funds-of-funds usually invest in U.S. venture capital so this is a nice sign that things are coming back to Europe,” Jason Whitmire, general partner at Earlybird, tells VCJ.

Whitmire was also pleased to get seven new limited partners on board, and speculated that more would have been raised had three extra months’ marketing been permitted.

Although Earlybird’s traditional sweet spot is Series A deals, the new fund will be stage agnostic, investing in Internet and enterprise technology companies.

The Europe-focused fund is already about 20% invested across 10 companies, and will add another 15 to 20 during its life, Whitmire says.

London-based Dawn Capital, an early backer of payday loans company Wonga, has finally reached a £63 million ($96 million) first close of its second fund after halting marketing from October to February to improve its existing portfolio.

“Funds are raised on having excellent track records, so if we worked on that, we reasoned the LPs would follow, as they did,” Haakon Overli, Dawn’s co-managing partner, tells VCJ.

Dawn hopes to finalise the fund by July 2014 and add to existing commitments from the European Investment Fund, Capital for Enterprise and several minor institutions.

“It’s tough, but we’re the only U.K. home-grown fund to close this year,” Overli says.

Unlike Dawn’s previous fund mandate, which only targeted the United Kingdom, the new fund will also invest in Europe, with a first deal expected before 2014.

British fund manager Nicola Horlick is counting on a public ovation for a new fund to finance independent Hollywood films.

The Rockpool Investments chairman is seeking £150,000 ($230,000) via crowdfunding website Seedrs to set up Glentham Capital, with individuals able to invest as little as £10 ($15) each.

The firm said in a statement that opening up fund management to the “crowd” is “good for business, good for investors and good for the market.”

Glentham expects to operate with a 2% management fee and a 20% performance fee.