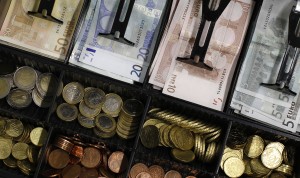 Paris-based Iris Capital has teamed up with a newly formed German venture firm to back digital startups in Germany.

Iris will co-invest with Cologne-based Capnamic Ventures’ multi-corporate fund. Investors in the fund include Universal Music, Rheinische Post and M. DuMont Schauberg, the media group that Capnamic spun out of earlier this year.

Beyond the multi-corporate structure of the two funds, the firms share a focus on the digital economy and on Germany, which alongside France is Iris’ main region for investment.

Iris said the partnership with Capnamic would bolster its early-stage presence in Germany, where it also pursues small buyouts and growth equity deals.

After a strong launch in November 2011, the fund was “in the doldrums for some time” searching for fresh commitments, CGS Managing Partner Christoph Haller told VCJ.

However, in the run-up to final close, the firm was turning away investors after an upsurge in interest from American LPs, largely absent from CGS’ previous fund but now representative of about one-third of Fund III’s investor base.

That was achieved despite waning interest from European investors, who accounted for about one-third of new commitments.

Apax Partners, another London-based firm, has also struggled to win over European institutions for its latest fund, and said in March that it would shrink its headquarters and cut staff.

However, for Cinven, investment from outside Europe exceeded its previous, 2006-vintage fund, which was €1.5 billion ($2 billion) larger than the new vehicle.

LPs from the Americas contributed almost €2.5 billion ($3.3 billion) to Fund V, while Middle Eastern and Asian commitments climbed from 10% to 18 percent.

Public pension funds accounted for 38% of investment and sovereign wealth funds for 15 percent.

The new mid-market fund has spent roughly €700 million ($910 million) on four companies since its first close in March 2012.

The new fund includes a €20 million ($26 million) commitment from the European Bank for Reconstruction and Development, about €3 million ($4 million) from CapMan itself and additional investments from 10 Nordic, European and U.S. investors.

Through CapMan Russia II, they gain exposure to a variety of fast-growing sectors in Russia, where, “deal-flow remains strong and competition is still relatively low,” according to Hans Nygård, head of CapMan Russia.

The firm is particularly interested in the consumer goods and health care markets.

Fabian Siegel, the founder of Delivery Hero, has joined with the Samwer brothers, of Rocket Internet fame, to launch a €150 million ($195 million) venture fund.

Global Founders Capital will be based in Munich and will invest up to €10 million ($13 million) in young businesses around the world.

Given its founders’ pedigree, the new fund is expected to focus initially on ecommerce opportunities, though Siegel has indicated that he is open to invest in other sectors, especially travel, with Global Founders ready to invest at all stages from seed to growth equity.

The fund completes a move into venture capital proper that the Samwers began with their early-stage-focused European Founders Fund.

The brothers are most readily associated with providing incubator opportunities through their sprawling Rocket Internet operation, which focuses on cloning successful Internet companies.