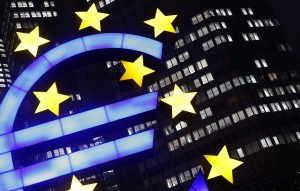 Global SWF commitments to alternative asset managers increased from $91 billion in 2011 to $154 billion in 2012, 37% of which went into private equity funds, according to a Towers Watson survey.

That was up from 29% in 2011, a jump out of step with pension fund, insurance company and endowment investors, all of whom either maintained or lowered their private equity investments during the same period.

Almost two-thirds of LPs remain keen on European private equity investments in the next two years, with most expecting the best opportunities to stem from corporate disposals.

However, managers that target Southern Europe could struggle, as a quarter of LPs think the region won’t present attractive investment opportunities until 2016, according to Coller Capital’s latest Global Private Equity Barometer.

Only a small number of LPs said they would make no new commitments to European private equity in the next two years, which is still a improvement from 18 months ago, when Europe’s sovereign debt crisis pushed one-fifth of investors to say they would cut their exposures to the region.

Taking the Bear by the Ears

Of the $1 billion that Mubadala has committed, most will be invested at its discretion on a deal-by-deal basis, though some will be deployed automatically to bolster RDIF deals.

A recent Invesco report found that development-focused funds such as Mubadala increasingly favour the higher potential returns of direct and co-investments as they strive for growth over capital preservation.

RDIF, a $10 billion Kremlin initiative funded by the state-owned Vnesheconombank, is mandated to secure equal co-investments for any investments it makes in the Russian economy.

The European Investment Fund (EIF) and KOSGEB, a public agency set up to foster growth among Turkish businesses, will each invest €60 million ($78 million) in the new fund-of-funds called Istanbul Venture Capital Initiative.