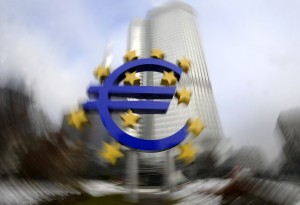 The London-based firm last received a BVK mandate in 2011, but benefited this year from the pension fund’s decision to consolidate its investments among fewer managers for the 2014-2017 period.

Accordingly, the new $689 million mandate is considerably larger than BVK’s previous award to Pantheon, reckoned to be between €200 million and €300 million and now fully invested.

BVK’s money will be managed separately to Pantheon’s other funds-of-funds, though it may also be invested alongside them.

The deal was for an undisclosed amount and comprised stakes in 24 private equity funds.

Those interests represented about a tenth of the National Pension Reserve Fund’s (NPRF’s) €6.5 billion discretionary portfolio, which as a whole has returned 3.9% per year since 2001.

In 2011, however, Ireland’s government decided to switch the fund’s focus from retirement and welfare provision to investment in Ireland’s economy, following one of the world’s worst post-financial crisis GDP contractions.

The NPRF is to become the Ireland Strategic Investment Fund and its old investment mandate, under which the private equity stakes were acquired, has been scrapped.

Paris-based Motion Equity Partners has been given an extra four years to realize its 2005-vintage buyout fund following fresh investment from Boston-based Harbourvest.

LPs in Motion’s $1.7 billion fund have been asked to either sell their stakes at a discount or stick around in the hope of profitable exits over the next four years, according to a Reuters report.

The deal lifts Motion out of a 1,200-strong throng of “zombie” funds – funds that no longer invest but also don’t sell due to unattractive exit prospects, containing $116 billion of capital, according to researcher Preqin.

Motion has six businesses in its portfolio and has sold just one company in the past six years.

About half its investors have opted to offload their stakes via the Harbourvest deal, Reuters reported.

Under the terms of the agreement, La Francaise is taking a 40% stake in London hedge fund manager TAGES Capital and will hand over control of its $1 billion in assets to form a $3 billion multi-manager business, the companies announced in early February.

Reuters reported that the move is a rare expression of faith in the fund of hedge fund model, which has seen many players wind down operations amid criticism of extra layers of fees when hedge funds have delivered poor returns since the financial crisis.

The transaction is subject to regulatory approval.