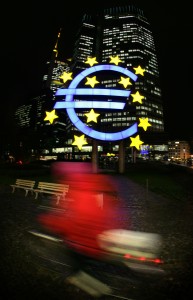 Hedge funds, real estate and infrastructure will all see a bigger growth in investment than private equity, with 58% of investors saying they will commit more to infrastructure, the most popular asset type this year.

Funding for private equity will be more stable as most investors said they would maintain their allocations, while only 13% want to cut investment.

In the last four years, family offices are the institutions to have added most to their private equity portfolios, while insurance companies retain the smallest commitments by proportion of assets under management.

No Rescuers for White Knight

Investors at LBO France have rejected entreaties to top up the firm’s eighth leveraged buyout fund, the Financial Times reported.

France’s oldest private equity firm is reportedly now targeting about €1 billion ($1.3 billion) for a new fund—White Knight IX—having exhausted the close-to €1 billion it raised in 2009 for its existing vehicle.

The firm had sought to sell some fund assets to new investors to extend the life of White Knight VIII, but existing LPs were unwilling to see their interests diluted, sources told the newspaper.

It marks an early setback for Vincent Briançon, the ex-Bridgepoint Capital partner who joined LBO France in January to direct its mid-market funds.

White Knight VIII’s portfolio covers various sectors and includes 20% of French fashion brand The Kooples, which LBO France bought in a 2011 deal that valued the company at €250 million ($330 million).

The early-stage biotech fund, launched with €40 million ($53 million) in 2009, and now stands at €100 million ($131 million), a sum Merck believes will secure both sustained and expanded investment activity.

Target companies are those that could help the development of new treatments at Merck Serono, Merck’s biopharmaceutical division, and MS Ventures can invest alongside traditional VC firms.

MS Ventures’ portfolio of a dozen companies is spread across Europe, the United States, China and Israel.

Ireland is to make €175 million ($229 million) available to venture firms as part of its latest push to boost employment and growth in the country.

More than €2 billion ($3 billion) of non-bank funding for young and medium-sized Irish companies has now been pledged by the government, which hopes to attract an additional €525 million ($688 million) of private investment to its new Seed and Venture Capital Scheme.

The fund-of-funds will run from 2013 to 2018, taking limited partner interests of up to 50% in eligible funds.

It will be managed by Enterprise Ireland, which plans to allocate the first €100 million ($131 million) to a maximum of five non-seed funds focusing on the ICT and life science sectors.

Middle Eastern sovereign wealth funds (SWFs) have tacked towards private equity in recent years, though their money is increasingly being directed away from traditional LP structures, a new Invesco report claims.

In many cases the increase has been attributed to a penchant for co-investments and direct investments, which some SWFs see as better aligned with their investment objectives than traditional private equity funds.

Aberdeen Asset Management has more than quintupled the size of its private equity fund-of-funds business with the purchase of a majority stake in SVG Advisers.

London-listed SVG Capital received £17.5 million ($27.1 million) from Aberdeen for 50.1% of SVG Advisers, which will be renamed Aberdeen SVG and then headed by SVG Capital CEO Lynn Fordham.

The deal takes the amount of funds under Aberdeen management or advice from £700 million to £5.1 billion ($1.1 billion to $7.9 billion), and Aberdeen said it would add “critical mass, considerable experience and a long-term track record” to its private equity offering.

SVG is best known as the main backer of Permira’s buyout funds, but has made recent moves towards a more diversified investment profile.

Aberdeen has an option to buy SVG Capital’s remaining 49.9% share of Aberdeen SVG in three years.