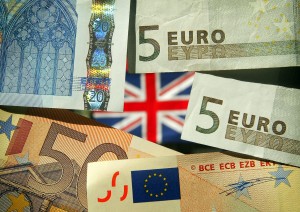 European venture managers are likely to benefit from a huge injection of European Union money over the next six years, as the European Commission desperately seeks to improve access to finance for small businesses.

Credit availability in the eurozone for non-financial businesses reached a new low in September, according to the European Central Bank.

In response, the European Commission wants to dole out roughly €700 million ($945 million) in equity investment mandates between 2014 and 2020 as part of its planned €2.3 billion Competitiveness of Enterprises and SMEs (COSME) program.

“On the VC side we will continue our approach of targeting commercially-driven VC funds that invest in SMEs in their growth and expansion phase,” Jeremy Heath, a spokesman for the commission’s DG Enterprise and Industry, told VCJ.

COSME is the successor to the CIP program, which mobilized €2.3 billion of venture capital between 2007 and 2013.

Ireland must help create another batch of seed funds if rising levels of venture investment in the country are to be sustained, William Fry, a law firm active in many of the country’s VC deals, has warned.

Year-on-year funding for Ireland’s small- to medium-sized enterprises climbed 41%, to €165 million ($223 million), in the first half of 2013, according to the Irish Venture Capital Association (IVCA), driven by local investment and international syndicates.

Among the largest non-life sciences deals was a €10 million round for semi-conductor producer Movidius; the round was supported by Dublin-based Atlantic Bridge, London-based DFJ Esprit, Stuttgart-based Robert Bosch Venture Capital, and the AIB Seed Capital Fund.

One of Asia’s leading social media game developers – Beijing-based Rekoo – has opened a London office to foster growth in Europe.

Rekoo will set up shop in London’s technology center of Shoreditch at Central Working, which hosts several Internet startups.

Bayern Kapital, the state of Bayern’s VC investment arm, was another selling shareholder.

Voxeljet’s shares quickly climbed way past their $13 offer price, and were trading above $51 in mid-November.

Venture funding for Berlin’s digital businesses rocketed to €200 million ($270 million) in the first half, according to the city’s government, above the €133 million recorded for all of 2012.

Major investors include the city’s own funds – the €52 million VC Fonds Technologie Berlin and the €30 million VC Fonds Kreativwirtschaft Berlin – which are managed by growth finance bank, IBB Beteiligungsgesellschaft.

Both IBB and the city’s cash-strapped government are seeking to promote Berlin as Europe’s leading technology hub, and are keen to highlight the 19 incubators and accelerators now active in the city.

Government incentives and private equity funding have proved the catalyst for Britain’s lead in European biosciences, a new report from the UK Bioindustry Association and Ernst & Young concludes.

British biomedical companies had more than 400 drugs in pre-clinical or phase 1, 2 or 3 trials in 2012, compared with about 300 in Germany.

The United Kingdom’s lead over Germany can also be attributed to state incentives, such as R&D tax credits and a grant scheme.

However, the U.K.’s biomedical output still lags far behind U.S. regions such as New England and San Francisco, partly due to lackluster domestic IPO opportunities.