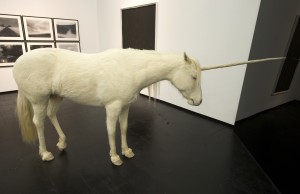 GP Bullhound, the technology investment bank, reckons that 30 digital startups founded in Europe since 2000 have now cleared the $1 billion milestone. Similar research by Cowboy Ventures in the United States found that 39 unicorns had emerged there since 2003.

The main difference in Europe is that its unicorns launched in the early 2000s, while many of the most successful U.S. startups appeared in 2006 and 2007.

European companies’ slower expansion rates mean that the continent has yet to breed a ”super-unicorn”—a technology business worth more than $100 billion—such as Google or Facebook. In contrast, Europe’s three largest unicorns, Yandex, Skype and ASOS, together are worth about $23 billion.

Rocket Internet could be screeching towards an IPO that would value the prolific Internet startup creator at 5 billion euros ($6.8 billion).

The Berlin-based company, famous for transposing proven e-commerce models to other markets, would likely list in Frankfurt this year, according to Reuters. Run by the Samwer brothers, Rocket has already raised 3.5 billion euros ($4.8 billion), and reportedly would use any further capital only for expansion purposes.

“If a Rocket IPO does go ahead it will be all primary capital. The existing shareholders are not planning to sell shares or take any money out of the business,” a source close to Rocket told Reuters.

Last year the Samwers announced that they wanted to triple the size of their e-commerce operations following $500 million of capital injections from Swedish investor AB Kinnevik and Len Blavatnik’s Access Industries.

Nordic technology and life sciences investor Incitia Ventures has closed down after failing to sell its third fund to investors.

The Oslo-based firm collapsed just months after the $2.9 billion acquisition of portfolio company Algeta by pharmaceutical giant Bayer, although Incitia had already partially exited Algeta via a 2011 IPO. Key to Incitia’s shuttering was the decision of former parent Selvaag Invest not to back the new fund. Incitia spun out of Selvaag in 2007, but was unable win a re-up from the cornerstone LP in its prior fund.

As a result the firm has been winding down its portfolio for several months; management of Incitia’s remaining four companies has been assumed by Oslo-based VC Contango Kapital.

Transatlantic bridge for Series A funding

There, in June, eight German startups learned about subjects like U.S. incorporation and met New York VCs including Union Square Ventures and DFJ Gotham Ventures, as part of a program organized by Chalkrow Ventures and VentureoutNY. Chalkrow is a new Berlin-based firm that aims to introduce the best graduates from European accelerators to U.S. investors.

Chalkrow founder Chaney Ojinnaka said he believes there is a dearth of post-seed-stage funding for European startups, especially in Germany, where he said investors are more risk-averse than in the United States. “I worked at Startupbootcamp Berlin and saw what the gaps were in terms of funding,” he told VCJ.

In return for Series A investment from U.S. firms, companies usually will be expected to establish a presence in the United States, he added.

Britain’s booming housing market was reflected in the June IPO of property search website Zoopla, now worth roughly 1 billion pounds ($1.7 billion) after raising 370 million pounds for 38 per cent of its shares.

The company’s backers include Cambridge, Massachusetts-based Atlas Venture and London-based Octopus, which first invested in 2009. “We’re really proud to have invested in Zoopla…at a time when the property market in the UK was at its lowest ebb and the economic environment looked very poor,” said Alex Macpherson, head of ventures at Octopus, in a statement.

Both venture firms liquidated some of their equity in the London listing, with Atlas reducing its holding to 6.4 percent from 11.6 percent, and Octopus to 2.4 percent from 4.4 percent.

Zoopla’s IPO was another home run for its founder, Alex Chesterman, who set up the Lovefilm service acquired by Amazon in 2011.

Europe may still be struggling to create an Internet giant to rival Amazon or Ebay, but the region’s wider e-commerce market has now overtaken the United States’, according to a report at the Global E-commerce Summit in Barcelona.

Online revenue for B2C goods and services grew 16 percent in 2013 to hit 363 billion euros ($494 billion), compared to 334 billion euros in North America, where growth was 6 percent last year. Sales of 107 billion euros made the United Kingdom Europe’s most important market, with British shoppers buying almost as much online as those in France and Germany combined.

Trade association Ecommerce Europe expects European B2C Internet sales to reach 625 billion euros by 2017 due to higher individual spending in Western Europe and a growing familiarization with e-commerce in emerging economies such as Russia.