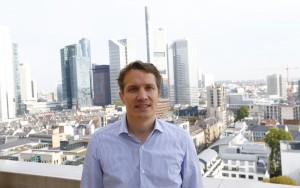 Ignition failure for Rocket and Zalando

Two of Europe’s largest-ever Internet IPOs failed to click with investors in their respective initial days of trading.

The ecommerce investor Rocket Internet and Zalando, the fashion retailer it created but no longer owns, were each trading down more than 10 percent on their respective offering prices, as of early October.

Zalando’s valuation was close to forecasts, but Rocket’s was almost €2 billion ($2.5 billion) more than it had been just a month earlier on the basis of private share sales.

Oliver Samwer, who co-founded Rocket in 2007 with his brothers Alexander and Marc, later played down the fall in share prices.

“One should look at shares from a long-term perspective and not from just one day, a week or a month,” he said.

Deutsche Bank said last month that it hopes to open new branches in China at a rate of about one per year.

Reuters reported that Werner Steinmueller, head of transaction banking at Deutsche, told journalists that the expansion was part of the bank’s wider efforts to profit from China’s economic rise. As such, Deutsche hopes to position itself in China to benefit from expanding trade and investment between Asia’s largest economy and Europe.

Still, expansion depends on Chinese regulators, who must approve or even guide each opening, he said.

The German-based bank already has six branches in China now.

Rarely do the worlds of private equity and Islamic extremism collide, but London-based growth equity investor ISIS Equity Partners has found itself at an unfortunate confluence of the two.

“Given ongoing events in Syria and Iraq, it will come as no surprise to you to learn that we have decided to change our name. We are no longer prepared to share it with a terrorist organisation,” Managing Partner Wol Kolade said in a statement.

ISIS expects to announce its new name before November.

Proof that venture capital can blossom even in the toughest of economic climates, Greek bank Attica Ventures has more than doubled its money on the sale of Wi-Fi technology business Antcor.

Zurich-based u-blox has agreed to buy Antcor for up to €8.5 million ($11 million) in what Attica describes as the largest-ever sale of a VC-backed technology startup from Greece.

Athens-based Attica Ventures invested €1 million ($1.3 million) in Antcor in 2006, “at a time when the term ‘startup’ was unknown in the Greek business scene,” according to a statement from Attica CEO Giannis Papadopoulos.

Antcor was part of Attica’s €40 million ($50 million) Zaitech fund, which has made 12 investments in Greek technology SMEs since it launched in 2004.

Wonga, the venture capital-backed Internet lender, has been forced by British financial regulators to write off £220 million ($352 million) of unsecured loans.

“On conducting a review into our previous lending criteria, we recognized that we may not have always made the right lending decisions, and on reflection some of these loans may not have been affordable,” the company said in statement.

About 330,000 customers more than 30 days in arrears will have their debts expunged, while 45,000 people have been given four months to repay outstanding loans free from charges or interest, which can be in excess of 5,000 percent APR.