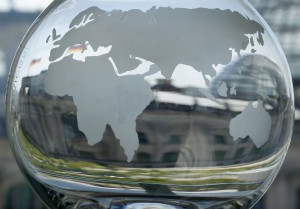 Two thirds of private equity investors have made net returns of at least 11% over the lifetime of their portfolios, according to a survey in June, with returns dropping since the financial crisis.

The Global Private Equity Barometer, produced by Coller Capital, showed just 13% of investors had received net returns of 16% or more by the first half of 2013, compared to 45% of investors in 2007.

However, Coller Capital, which invests in the private equity secondary market, found that 76% of investors thought European private equity would offer attractive investment opportunities over the next year or two, with most favoring Northern Europe over Southern Europe.

A panel of venture capitalists has adjudged Paris-based Pricing Assistant the best startup at this year’s LeWeb conference, held in London.

Team Europe co-founder Lukasz Gadowski said he wanted to discuss investment in each of the competitions’ three finalists, which also included automated fitness program GeneTrainer and MyPermissions, which aims to increase transparency in the way developers harvest user data.

LeWeb is the annual conference dedicated to Internet innovation. To enter its startup competition young businesses must have received less than $2 million in funding.

HitFox, the Berlin-based incubator for games distribution businesses, has its tail up after the first big vote of confidence in its stable.

It is one of three businesses founded or bought by HitFox since the incubator was launched in 2011 by Internet entrepreneurs Jan Beckers and Tim Koschella and Berlin-based venture firm Team Europe.

VC-backed heart drug specialist Cardio3 BioSciences is planning a second assault on the stock market after a failed IPO in 2011.

Its announcement follows a €19 million ($25 million) private placement in May from existing investors that include Luxembourg-based Hunza Ventures and Leuven-based Life Science Research Partners.

While the time and pricing of the IPO has not been revealed, the Belgian company said it was planning a dual listing in Brussels and Paris.

If successful, it would be Belgium’s first significant IPO in four years, according to Reuters.

To date, Cardio3 has raised €60 million ($79 million) from public institutions and private investors.

Munich-founded JouleX, which develops software to monitor the energy usage of IT systems, has become the latest European tech startup to be swallowed by a U.S. technology giant.

Cisco is to buy JouleX for $107 million, vindicating seed investment from Munich-based Target Partners and Atlanta-based Techoperators in 2009.

That was followed by $17 million of expansion funding in 2011 from Flybridge Capital and Sigma Partners, both based in Boston, and Intel Capital, all of which will exit JouleX following completion of the Cisco purchase.

Cisco reports that the proliferation of network-enabled devices—the so-called “Internet of things’—has led to greater demand for energy management solutions from big companies.

Google announced in June bought Israeli mapping startup Waze for about $1.3 billion, acquiring an online real-time mapping service to safeguard its lead in one of the most crucial aspects of smartphone usage.

Waze’s product development team will remain in Israel and operate separately for now, Google said. Eventually, its service will also serve to enhance the U.S. company’s Maps app, while the core Waze product itself will benefit from integrating Google-search capabilities.

Facebook reportedly had been trying to purchase the mobile navigation application, but talks had apparently collapsed due to the Israeli company’s refusal to move its R&D center to Silicon Valley.

More than half of Israeli venture funds made no investments in the first quarter, causing problems for companies seeking follow-on funding.

The decline was consistent with an up-and-down market that since 2011 has seen investment gains in one quarter cancelled out the next.

Rubi Suliman, PwC Israel’s high-tech practice leader, said that while early-stage and seed funding was still obtainable from a variety of sources within Israel, later-stage funding was increasingly being sought abroad.

Particularly hard hit was the communications and networking sector, which suffered a 70% decline in first-quarter investment, compared with the year-ago period.

Barry Maloney of Balderton has joined the board as part of the funding announcement.

Pharmaceutical group Debiopharm provided the rest of the $13.4 million Series A round, which Urturn will use to launch a mobile app.