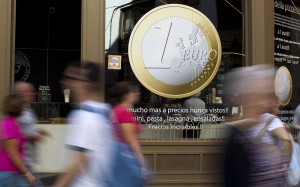 Alliance Venture and Springfondet, two early-stage investors from Norway, are considering a merger to boost headcount and resources for a possible new ICT fund.

Together, the firms would hope to raise NOK250 million ($41 million) for an early-stage fund bolstered by an additional NOK250 million from Norway’s government, which would sweeten the deal by offering a 15% discount to private investors.

If the merger does go ahead, which could happen early next year, Alliance would probably move into the Oslo Innovation Park, where Springfondet is already based, to form a new entity called Alliance Venture Spring.

The private component of the new fund would be anchored by Oslo-based investment firm Kistefos, already an investor in Alliance’s 2006-vintage, NOK340 million fund and Springfondet’s 2011 seed fund, both of which are now fully invested.

Any new fund would maintain the focus of those two predecessors, targeting young Norwegian IT companies with the potential for global expansion.

The government is in talks with the German stock exchange Deutsche Boerse to re-launch Neuer Markt, a platform for technology share trading that emerged during the Internet bubble of the late 1990s and then collapsed in the subsequent crash.

However, ministers are confident that such mistakes won’t be repeated due to the maturity of the dot-com industry.

“If you look at the current situation with our digital companies, then it is clear that almost all of them have a solid foundation, contrary to 2000,” economy minister Philipp Roesler told Reuters.

The co-founder of one of Sweden’s leading VCs has brushed off concerns that a recent court ruling for buyout firm EQT Partners to repay $100 million it earned as profit—mostly as carried interest—could hit venture firms.

Swedish courts are insisting that carried interest be taxed as income rather than at the significantly lower rate for capital gains.

Tellef Thorleifsson, general partner at Spotify investor Northzone, said that even if the retroactive order, which EQT is challenging, was extended to venture firms, it would have minimal impact.

“Swedish VCs are not really worried,” he told VCJ. “Unfortunately, the carry income for most VC players has been a fraction of the large PE houses.”

French online ad company Criteo S.A. filed with U.S. regulators in mid-September to raise up to $190 million in an IPO. The filing did not reveal how many shares the company planned to sell, nor their expected price.

The company intends to list on the Nasdaq under the symbol “CRTO.”

European venture firm Index Ventures is the largest shareholder in Criteo with a stake of more than 23%, according to the filing.

Startupbootcamp is expanding its Israeli footprint with the launch of a second accelerator program for media technology startups.

The three-month program starts in December. Selected startups will receive €15,000 ($19,800) each, mentorship, industry connections and other support services to help launch their products.

A new workspace will also be created for them in Tel Aviv, following Startupbootcamp Haifa, a similar program launched early this year at Haifa University.

That three-month accelerator was run by Startupbootcamp in partnership with Sushi Venture Partners, a London-based firm that focuses on early-stage digital funding in Israel and Europe.

Some research firms estimate the value of the 3D printing market could reach $550 billion by 2025.

“I don’t think it will replace mass manufacturing, but it will probably replace certain verticals,” James Wise, a venture investor at Balderton, told VCJ.

Although the company is Balderton’s first 3D printing deal, it follows a trend of investments by the firm in the sharing economy, businesses that leverage the Internet to allow public access to pooled goods and services.