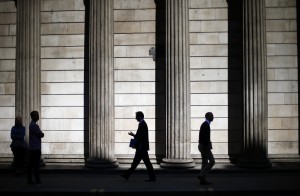 Dr. Vishal Gulati has joined DFJ Esprit to support a healthcare portfolio boasting two IPOs in the past eight months.

The London-based firm hired Gulati as a venture partner specializing in digital healthcare, a role that supplements his position as managing director of Radiant Capital, a growth equity investor that backs businesses with connections to India.

He is also on the board of DFJ’s portfolio company Horizon Discovery, the genome editing specialist that raised 70 million pounds in a March listing in London.

Telecoms and IT specialist Philippe Crochet has become the fourth partner at Keensight Capital, the growth equity firm that recently gained independence from the Rothschild group, where it was known as R Capital Management.

Crochet participated in the Paris-based firm’s November 2013 spinout, at which time he was as an investment director.

He also sits on the boards of several of Keensight-backed companies, including cloud storage business Oodrive and holiday website Travelfactory.

In addition to IT, Keensight focuses on healthcare, energy and consumer businesses, investing from 5 million euros to 30 million euros (($7 million to $42 million) per deal.

Together, they oversaw about $70 million of investment last year, accounting for about a quarter of the firm’s global venture funding in 2013.

Their promotions to vice president were accompanied by six others for Intel Capital’s regional and sector heads.

LDC: Hurley and Draper are heads over Eales

As part of a planned succession, Eales will take an advisory role with the lower mid-market firm after 11 years at its helm.

During that time he oversaw investments of 2.6 billion pounds ($4.4 billion) in 166 British companies, and returns of more than 1.2 billion pounds.

Rutland Partners has promoted one of its top dealmakers to partner.

David Wardrop recently led the buyout of engineering business Millbrook from General Motors and played a leading role involved in several other investments.

Working alongside him on the acquisitions of Brandon Hire and AFI Group was Kajen Mohanadas, who was promoted to investment manager.

London-based Rutland Partners, which is sector-agnostic, focuses on special situations and small buyouts of 10 million pounds to 50 million pounds ($17 million to $85 million).