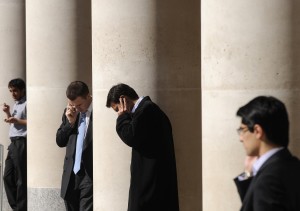 Financial technology entrepreneur Fritz Oidtmann is one of two new managing partners at Munich-based growth capital firm Acton Capital Partners. The other is Sebastian Wossagk, who was part of Acton’s founding team in 2008 when Burda Digital Ventures rebranded.

Oidtmann, who co-founded finance portal OnVista, joins from the consumer technology arm of Hubert Burda Media, which remains Acton’s biggest investor. The company is the sole LP in Acton’s inherited BDV Fund and also invested in Acton’s 2010-vintage, €150 million ($207 million) Heureka Fund, which has a later-stage focus than the firm’s legacy vehicle.

Karma Samdup has joined as a partner from CMS Cameron McKenna, where he advised startups, VCs and business angels in the life sciences and technology sectors.

Loizaga resigned after the firm’s partners refused to sanction the extra spending required to take a new Brazilian fund to first close. Instead, the partners felt that N+1 Mercapital should focus on raising a new flagship fund, though they did not specify when that process would begin.

Replacing Loizaga on an interim basis is Ignacio Moreno, who was CEO of N+1 Private Equity before its merger with Mercapital last year. That deal brought the latter firm’s 2006-vintage, €550 million fund and N+1’s 2008-vintage, €304 million vehicle under one umbrella.

Loizaga remains a partner and shareholder, whose focus will now be on the Latin American portfolio built under the Mercapital fund.

The four managing partners will oversee a new lower mid-market fund that reached a €60 million first close in November.

Limited partners in the sector-agnostic fund include the European Investment Fund, the recently established Polish Growth Fund of Funds and some of 21 Partners’ existing investors.

On top of sourcing investment opportunities in Poland, 21 Concordia’s management team will seek expansion opportunities in Central Europe for companies from 21 Partners’ Italian and French portfolios.

The long-serving CEO of Britain’s biggest outsourcing company Capita will step down to return to private equity.

The executive is already chairman of Integrated Dental Services, which Washington-based Carlyle and London-based Palamon Capital Partners acquired in 2011.