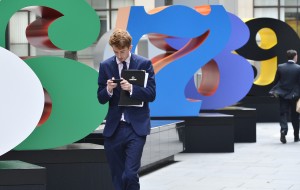 Munich-based Target Partners has hired entrepreneur Michael Kowalzik as a venture partner to keep it abreast of the latest developments among technology startups.

Having founded two companies in his early career, Kowalzik was CEO of telecoms integrator Tyntec from 2004 to 2012, overseeing two rounds of undisclosed venture funding from Boston-based Harbourvest Partners and Paris-based Iris Capital.

At Target Kowalzik will source earlier-stage deals, initially investing from €1 million to €3 million ($1.3 million to $4 million) in technology businesses.

LDC Forges Ahead as 3i Shrinks

The exodus continues from one of the United Kingdom’s oldest private equity firms, 3i, which has lost U.K. industrials head Gordon Hague to LDC, the private equity arm of Lloyds Bank.

Hague joins LDC as an investment director in its London office, soon after the firm pledged an additional £100 million ($155 million) to fund British manufacturing and engineering businesses.

LDC has boosted its commitment to those sectors after investing £190 million of a £200 million ($304 million) mandate in 11 industrials companies since late 2011.

Hague’s previous employer, in contrast, is scaling back its operation to cut costs, and lost two other partners a month before his own move.

MacKay Steps Back After Hermes Transformation

Alan MacKay, the CEO of London-based Hermes GPE, is to step down in September, three-and-a-half years after he oversaw the merger of Hermes and Gartmore, two private equity funds-of-funds.

The firm has shifted to a co-investment model and raised its assets under management from £6 billion to £10 billion ($9 billion to $15 billion), with private equity about twice the size of its infrastructure business.

CIO Peter Gale will continue to lead Hermes’ private equity arm, while Peter Hofbauer will be responsible for infrastructure.

MacKay will continue to advise Hermes GPE and he remains a significant shareholder in the firm.

The lower mid-market firm, which focuses on the North of England, has made three acquisitions this year and told VCJ in May that a fourth was in the pipeline.

As portfolio director, Moore will advise those companies, identify growth opportunities and also assist with deal origination, bases that were well covered in his previous role as CEO of conservatory manufacturer Ultraframe, where he oversaw a corporate takeover, private equity investment and an IPO.

Richard Favier, as head of restructuring and insolvency, spent eight years with the Pension Protection Fund, where he helped recover £1.5 billion ($2.3 billion) for retirees whose employers had gone to the wall running pension shortfalls.

His appointment coincides with an announcement from Better Capital that it plans to raise £250 million ($380 million) through a new share issue to augment its second fund, and is thus seeking an 18-month extension—to June 2016—of its investment period.