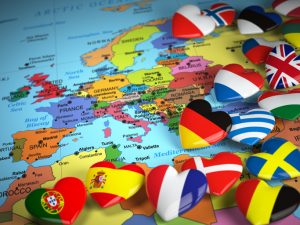 The United Kingdom maintained its grip on deal making, despite Brexit, as previously reported by VCJ. U.K. startups accounted for almost a third of capital dispersed, according to a report from Dow Jones VentureSource.

The quarter was the second strongest of the year in allocated capital, with about $5.9 billion invested in 729 companies, VentureSource reported. That was up 4 percent in capital and down 1 percent in company count.

Deal count and capital invested fell across most stages, however rose in later stage from a soft third quarter in terms of capital placed.

With 30 percent of capital allocated, the United Kingdom guarded its lead as the center of European venture investing. French deal volume topped Germany’s, just slightly, according to VentureSource.

The quarter saw a significant fall off in fundraising for new funds. About $1.3 billion was raised by 16 funds, which was down 56 percent in capital raised from the third quarter, VentureSource said.

The quarter’s performance was the weakest in four years and capped a year when the fund count fell 17 percent.