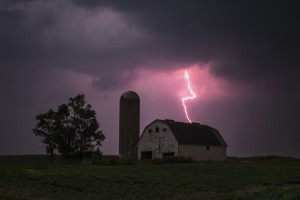 Drive Capital is revving up.

For Kvamme in particular, the fund launch caps what’s been a high profile move from Sand Hill Road to central Ohio. The 14-year veteran of Sequoia and board member of LinkedIn, left his Silicon Valley gig in 2011 to lead JobsOhio, a not-for-profit formed to support job creation. Kvamme quickly became something of a local celebrity in Ohio media, with attention intensifying following a motorcycle accident a few months after his move. JobsOhio, meanwhile, sparked controversy over a funding stream linked to state liquor profits and an exemption from public disclosure rules applied to state agencies.

“There are a lot of people who still think the rivers are on fire in the Midwest. That’s not case. There are a lot of very great high tech companies being created out here, and it’s a marketplace that people haven’t recognized.”

Yet Kvamme’s tenure in Ohio also appears to have driven home a realization about the quality of regional venture opportunities. While U.S. venture investments may be concentrated on the coasts, he says, there are a lot of high-performing startups in the Midwest that aren’t getting the VC dollars they merit.

“There are a lot of people who still think the rivers are on fire in the Midwest. That’s not case,” Kvamme says. “There are a lot of very great high-tech companies being created out here, and it’s a marketplace that people haven’t recognized.”

In the latter half of 2012, Kvamme and Chris Olsen, a fellow Sequoia partner, started Drive Capital. The new firm, they say, will invest in companies in “the heartland that stretches from Pittsburgh to Kansas City to Minneapolis and back.”

Kvamme and Olsen spoke to VCJ following the announcement of their first two portfolio company financings. In the following Q&A, the two discuss motivations for launching their Columbus, Ohio-based firm, investment focus areas, and why they’re bullish about venture opportunities in the Midwest.

VCJ: Both of you built careers in Silicon Valley. What’s the motive for moving to the Midwest?

Kvamme: Silicon Valley’s a wonderful place to invest, and it has accrued a lot of investment dollars. What we saw out here working with the governor of Ohio was there are all these cool companies that either are not having access to funds or they have to move to have access. We said that there’s a real opportunity, and we decided in late 2012 to go do this.

VCJ: At Sequoia, you were involved with a number of technology companies, such as LinkedIn, that have grown into very large operations. How do you plan to leverage your Silicon Valley connections to help Midwestern portfolio companies?

Kvamme: We want to be a business partner. For example we’ve had Roadtrippers meet with several technology companies. It’s these sorts of contacts and partnerships that can really help a company. People forget that Google got big because it was Yahoo’s search engine for a while. Or that eBay and Paypal worked together before eBay acquired them.

VCJ: What will be your investment focus areas?

Olsen: Largely technology enabled services, in healthcare and consumer. Health for us is not molecular; it’s more software that goes into the healthcare industry. At the core what we’re looking for are entrepreneurs who are passionate about solving a problem.

VCJ: Will you be principally early-stage investors?

Olsen: We don’t think about it that way. We think about it as really partnering with an entrepreneur at the stage they’re willing to take us on. So we’ll invest at any stage in the company’s growth trajectory. We’ll usually be the first institutional money, but it’s not necessarily by design. It’s just typically the way it happens.

VCJ: Obviously, there are fewer venture capitalists in the Midwest than on the coasts. How does this impact Midwestern entrepreneurs’ ability to raise funding?

Olsen: When we talk to entrepreneurs, what they will tell us is that if you’re not able to raise a Silicon Valley size Series A round, you’re constantly fundraising, often raising a couple hundred thousand every few months. We’re finding that by writing modest checks to entrepreneurs in the single digit millions, it really helps the company go forward.