Venture Capital Journal
Home News and Analysis Deals & Exits Fintech saw a drop in deals and funding in Q1 but not...
Deals & Exits 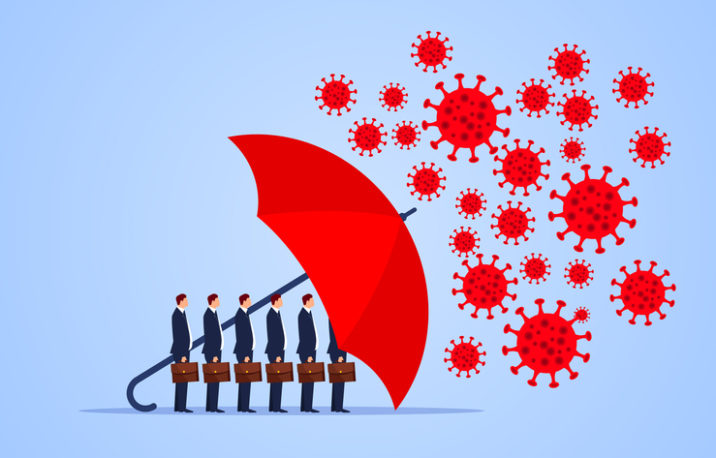 Fintech’s earliest and latest stages were feeling the squeeze in Q1 when deals declined and funding deflated. However, many early and mid-stage investors saw a different story than what the numbers implied.

More than $6.1 billion flowed through 404 global fintech deals in Q1 2020. Q1 marked the lowest deal count since Q1 2016 and the lowest funding total in three years, according to research from CB Insights. Drops in both deals and funding hit every global market except Europe, which was flat, and Africa, which was up.

Not every stage felt this crunch.

Late-stage deals were down, only 13 mega-rounds closed in Q1 worth a combined $2.6 billion, marking the worst quarter for that stage since Q2 2018. Seed deals dropped 5 percent.

Series A through Series C picked up that slack in Q1. Many fintech investors focused on that stage have had a successful year so far with some areas of their portfolio experiencing increased demand.

“Our underlying portfolio companies turned in a relatively normal Q1,” Dave Unsworth, a co-founder and general partner at Information Venture Partners, said. “Sure, a bunch of them ended up a little short of plan, and some deals just got put on hold. I think Q1 actually held up reasonably well, better than we expected.”

Toronto-based Information Venture Partners is a fintech investor that typically comes in at the Series A or Series B rounds. The firm closed on two deals it had planned on closing despite the pandemic downturn.

He also added that he didn’t see any pullback in dealflow but he wouldn’t be surprised to hear it happening at the later stages.

“The dip in Q1 is surprising to us,” said Andy Lerner, the managing partner at fintech and insurtech-focused IA Capital. “We saw a lot of activity in March. Things slowed down into April but we are seeing good activity. On the venture capital side it looks more like a blip.”

A pullback in interest may not be caused by investors like Lerner or Unsworth but from generalist investors, corporates and banks that occasionally dip into fintech. A recent survey from PitchBook and Collision From Home found that VCs across concentrations have slightly soured on fintech over the last six months.

When asked last November, 13 percent of VCs said that fintech would be the most disruptive emerging tech sector over the next five years; when asked in June that dropped to 8.57 percent.

Regardless of other types of investors potentially shrinking their scale, investors focused on the sector say that not only are they seeing stable dealflow, but also increased portfolio company adoption and an acceleration of digitization trends.

Tony Wang, a managing partner at 500 Startups, which invests in early-stage fintech globally, said the firm hadn’t seen a decline in dealflow despite a pullback in seed funding, and that instead they had seen many of the sector trends they follow accelerate because of covid-19.

“We looked at the impact from covid-19 on particular sectors and businesses and not all of the impact has been negative,” Wang said. “There have been areas where covid-19 has had a neutral impact or accelerated it.”

He said concentrations like payments, insurance platforms and companies surrounding financial literacy are good bets right now. The firm led a funding round for Ho Chi Minh City-based Bizzi, which automates payments for things like bill paying and receipts, in May.

“A trend we were seeing is very similar to what happened with SaaS,” Wang said. “We have the ability to use these consumer tools that are fast, easy and beautiful and now that has created a whole generation of software. It’s the same thing with fintech.”

Lerner also highlighted payments as a strong area and added that companies that do B2B financial services are also accelerating. He said any company that offers a digital solution to a transaction typically done in person is most likely getting fast-tracked.

David Sica, a partner at financial services-focused Nyca Partners, added that the firm has actually seen new innovations materializing because of this.

“Distributing PPP [paycheck protection program] loans and tracking PPP loans, renting and handling security deposits and application fees when you aren’t going to physically go there in person, those are established companies that are trying to think about how to use their platform and product differently,” Sica said.

He added that throughout this period, the firm has yet to see a slowdown of inbound interest from new and attractive companies.

Covid-19 could also serve as the catalyst for more entrepreneurial attention on certain under-invested areas of fintech, according to Unsworth.

“One area that is going to be interesting out of this is wealth management technology,” Unsworth said. “If you think about the traditional wealth management business, it’s white-glove service, it’s in person. A lot of brokers are trying to figure out how to address, maintain and support those relationships when you have to be distant and virtual.”

Wealth technology was one of the few sectors of fintech that actually experienced growth in Q1. The sector saw a 36 percent increase in QoQ funding from Q4 into Q1. More than $268 million was invested across 43 deals in Q4, which dropped to 27 deals in Q1, but bumped up to $420 million in funding. While funding to the sector has jumped around the last few quarters, covid-19 could keep this sector heading up to the right.

All of the fintech investors Venture Capital Journal talked to said they will continue on their planned pacing and investment plans for the rest of 2020, except Lerner, who said IA Capital may increase its pace especially in areas like insurtech.

“It really does feel like this will be a positive and a growth story for the fintech world,” Sica said. “It’s really neat, the whole fintech story.”

However, it’s not all great news. ScaleFactor, which raised $100 million from investors like Bessemer and Coatue, shut its doors for good this quarter.

Despite all, fintech-focused investors remain positive on the sector’s resiliency.

“Fintech and insurtech are so powerful because they are applicable to any type of business or sector in the economy,” Lerner said. “One of the reasons it is more robust sometimes is that it is one of the most profitable areas of any business. Auto dealers can make the same money off the financing when selling the car.”