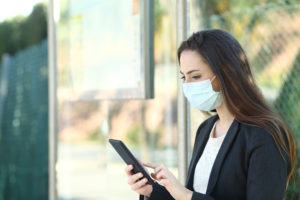 That’s how some venture firms are reacting to concerns over the coronavirus outbreak.

Anxiety about the virus continues to swell, and it’s impacting business-related activities worldwide, as more than 95,000 case have been reported, with China the most affected so far.

People of all ages can be infected by the new coronavirus, but older people and those with pre-existing medical conditions appear more susceptible to becoming severely ill if infected. Thus, many firms are restricting travel and allowing employees to work from home to limit the spread through public exposure.

That’s certainly the case at Cathay Innovation, which has operations in North America, Europe and Asia.

Denis Barrier, co-founder and CEO of Cathay Innovation, said the outbreak of covid-19, as it’s officially known, has put some of the firm’s travel plans in limbo. He said the firm’s team in China has been working from home to reduce travel and to avoid exposure in public spaces.

Barrier added that the firm has reduced in-person meetings and is making more use of collaboration and communication tools, such as videoconferencing and WeChat. He said the firm is accustomed to working and sharing information across geographies.

So far, the rising epidemic does not seem to have adversely impact the activities of venture firms. “While it can be challenging, we work in an industry that has the luxury of being able to work remotely,” he said.

In Seattle, a spokesperson for the Madrona Venture Group, which also operates the accelerator Madrona Venture Labs, said the firm is offering work from home option to people who need it. As of early Wednesday, 10 deaths in Washington state have been reported.

In addition to wiping down surfaces and removing communal food, Madrona is also organizing resources for its portfolio companies.

Shannon Anderson, the firm’s director of talent, is holding 8am calls daily with portfolio company HR reps to talk through issues and policies at the start-ups.

The firm also said it will live stream its annual meeting, which is still scheduled for March 24. The spokesperson said Madrona was not planning to do this prior to the coronavirus.

And that appears to be one of the largest impacts of the outbreak for firms as the industry enters spring, a time when many GPs hold regularly scheduled gatherings with LPs. Affiliate publication Buyouts reported that private equity firms are weighing their options for annual meetings.

“[The coronavirus] is another reminder for CEOs to take a good hard look at burn and how best to de-risk business and growth plans”
Shiyan Koh,
Hustle Fund

Similarly, VC firms are changing meetings and events from in-person to virtual. Or cancelling them altogether.

Sequoia Capital, which invests worldwide, including in China, was set to host a media event this week in San Francisco to gather its partners, portfolio companies and local media, but cancelled it over the weekend.

Sequoia declined to discuss directly how the coronavirus is impacting the rest of its operations. However, the firm sent a note its portfolio company founders and CEOs on how best to deal with the virus. Sequoia, which noted the coronavirus could impact the supply chain and adversely effect business, also issued a blog post on Medium.

It was reported last month that Sequoia in China changed its matchmaking event that paired entrepreneurs with investors to a virtual event using Zoom technology.

At the Hustle Fund, which invests in North America and in South-East Asia, General Partner Shiyan Koh said the firm has moved its LP meeting in April to a virtual event. She said some entrepreneurs are also opting for using Zoom over in-person meetings with the firm.

Hustle Fund general partner Elizabeth Yin posted a tweetstorm on the firm’s reaction to the virus. She also encouraged start-ups to wrap up their fundraising activities sooner rather than later.

“Of course, we have always preferred lean and thrifty teams,” Koh said. But the coronavirus “is another reminder for CEOs to take a good hard look at burn and how best to de-risk business and growth plans.”

At Emergence Capital, an early-stage backer of Zoom, a spokesperson said the firm’s employees have the option of working from home. And all guests have a Zoom option. “But for Emergence that has already always been the case since we are big believers of the power of a remote workforce,” the spokesperson said.

Similarly, at 500 Startups, which has partners stationed worldwide, the firm this week closed its San Francisco and Silicon Valley offices for the next two weeks. A spokesperson for the firm said that people will work remotely, using videoconferencing technology and phones to communicate, while the firm has also curtailed non-essential travel.

500 Startups has also changed its Demo Day from March 19 to March 26 and will livestream it only to minimize any health risks.

VCs are not only using tech to communicate virtually while they work at home and cancel travel plans, they are also investing in tech that can be used during these times.

Last week, Andreessen Horowitz announced it led a $4.3 million seed investment in Run the World, a Mountain View, California-based company that operates a platform to organize and run online events and to digitize conferences.

“A crisis like this can expose people to new tech concepts that they hopefully will use after the worst of the virus passes”
Connie Chan,
Andreessen Horowitz

The company was co-founded by Xiaoyin Qu and Xuan Jiang, entrepreneurs formerly with Facebook. Qu told Venture Capital Journal that the company has received a lot of in-bound interest in the past week as many conferences are postponed or cancelled. She added that that for events impacted by the coronavirus, the company will waive its activation fees.

AH general partner Connie Chan said she met Qu at Facebook and invested in her start-up before the coronavirus outbreak. Chan said she had been looking for a solution to hosting live events when she came across Run the World, which she likens to a hybrid of Zoom video, Eventbrite ticketing, Twitch interactivity and LinkedIn networking.

Chan also said her firm is evaluating how to use the company’s services to host events of its own. Last month, the firm posted a sign on its Menlo Park off that it wishes to avoid handshakes amid coronavirus concerns.

In regard to use of technology during the outbreak, Chan added: “At some point, the impact of the virus will pass, but I expect online meetings and virtual events may continue when people discover they run them more efficiently than traveling for in-person meetings. A crisis like this can expose people to new tech concepts that they hopefully will use after the worst of the virus passes.”

Jeff Clavier, founder of Uncork Capital in San Francisco, said he is still planning to attend the Collision conference, which is being held in Toronto in June. The SaaStr conference, which is expected to draw a lot of investors and entrepreneurs next week to San Jose, California, is still going ahead as scheduled, a conference organizer said.

“The [coronavirus] situation is evolving really fast, so we are closely monitoring what’s happening,” Clavier said. “We’ll make decisions to maintain or cancel travel and [speaking] commitments to ensure the safety of our team and our portfolio.”

Clavier, a former board member of the National Venture Capital Association, said he remains committed to attending the Stanford/NVCA Venture Capital Symposium in Palo Alto next week, where he is due to speak.

And in a precaution that is growing in regularity among investors, Clavier said he likely won’t shake any hands for a while.

Update: The story above was updated to include additional information from Sequoia Capital and 500 Startups.

Create your own user feedback survey