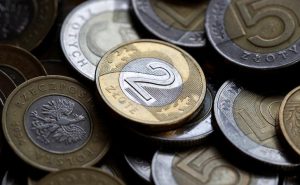 When most venture investors think of Europe, they think of the entrepreneurial hubs of London, Berlin and, to a lesser extent, Scandinavia. They might do well to broaden their horizons.

Eastern Europe has a lot of technical talent and the talent is “really converting now,” said Marcin Hejka, the Intel Capital managing director in charge of investments in Europe and India.

“The volume of startups is already very high and the quality is getting higher and higher. At the same time, competition for opportunities is very limited.”

The conclusion? “Central and Eastern Europe are not very well covered by the leading global investors,” he said.

Hejka, who joined Intel Capital in 1999, recently said attractive opportunities are not just on the rise in more established Eastern European entrepreneurial communities, such as Poland and the Czech Republic, but across the region.

Google opened a startup campus in Warsaw in 2015 and the last time he says he talked to the facility’s head there were 4,000 connected startups.

“It is already probably the number two technology hub in Europe,” he said. “Is it going to be number one? I think it has a chance.”

Late last year, VCJ had the chance to speak with Hejka. An edited transcript of the conversation follows.

Q: When U.S. investors think of Europe, they think of London and Berlin. What are they missing by not paying more attention to Eastern Europe?

A: Eastern Europe is under appreciated by global investors as an attractive place where you can find fantastic investments and fantastic opportunities.

There are a couple elements I would like to highlight. Number one, Central Europe and Eastern Europe is the stretch of land starting from Estonia, Lithuania, Latvia going to Poland, the Czech Republic, Slovakia, Hungary and going down to Bulgaria and Romania and of course Russia. All of this territory is incredibly rich in talent.

The quality of Central and Eastern European engineers, software programmers, is very high.

Number two, competition for opportunities in the region is pretty diminutive.

Q: What sectors see the greatest concentration of talent?

A: Generally I would say anything related to software is of very high quality. The education in Central and Eastern Europe is very solid. Software engineers are generally very good and they have backgrounds in mathematics. They are very good at building high quality code.

More specifically we see a lot of talent in areas like security. We see a lot of very successful security software companies coming out of the region.

Another area where we see a lot of competence in the region is big data-machine learning and artificial intelligence.

We also see a lot of activity in the IoT space.

Q: Some countries in Eastern Europe have stronger startup ecosystems than others. I think of Poland or the Czech Republic. What are you seeing more broadly in the region?

Obviously Estonia was one of the early leaders because of Skype. Now it is universal.

In the last couple of years we see really high quality opportunities from places like Romania. Lithuania has made tremendous progress. Croatia, Serbia, Bulgaria. These days I’m not sure which country is going to produce the next great opportunity.

Q: How do valuations differ from Silicon Valley and London?

A: I would say valuations at the earlier stages of development are lower, which is simply the result of supply and demand. Once companies reach a certain scale and become visible on the radars of top global investors, valuations tend to get closer to what you see in Silicon Valley.

Q: How many deals do you do each year in Eastern Europe?

Q: What impact will Brexit have on London’s startup ecosystem?

A: London has been for a very long time been one of the key technology hubs in Europe. I don’t see this changing, to be very honest.

There is a natural change as we see the rise of other hubs, for example Berlin.

I think that fundamentally what matters is the availability of talent, and the existence of the ecosystem and infrastructure necessary to grow innovative companies.

I’m not sure Brexit has an impact on it. For the time being, London, in my opinion, remains and is going to remain one of the key technology hubs in Europe.

Q: Berlin has been an up and coming place for several years. What do you see taking place today?

A: I would say Berlin has been making tremendous progress. Berlin has a number of characteristics that are helping it become one of the key or even the key technology hub in Europe.

Number one, Berlin has very strong technology education. There is a large talent pool available in Berlin.

Number two, Berlin is a very attractive place to live. It is very cosmopolitan. It attracts talent from other countries. If you visit Berlin and meet with local technology entrepreneurs, you will realize Berlin is probably already as cosmopolitan, as international as London. With actually English being the most common language of the technology community in Berlin. At the same, Berlin is relatively inexpensive.

London is a very expensive place. In Berlin, you don’t see that many corporations headquartered. So competition for talent is limited and prices in Berlin, and real estate, are very affordable.