Baruch Future Ventures is the family office of venture capitalist Tom Baruch. Baruch has been an investor for more than three decades. At Exxon he managed investments and invested in early-stage companies like Supertex, which went public in 1982 and was bought by Microtech in 2014. Baruch collaborated with New Enterprise Associates to found CMEA Capital in 1988; some of its notable investments were Aclara Biosciences, now part of Monogram Biosciences, and Codexis.

Baruch Future Ventures was set up in 2014 in San Francisco.

1. Which sectors appeal to you?

BFV invests in early-stage companies that address resource scarcity and climate sensitivity. Healthcare, food and agriculture, air quality, water supply and energy systems are areas that interest us. We are at an exciting intersection of time when we can harness the potential of biology, energy and data to create better and cheaper products. We invest with the view that the time frame for development can be compressed from 20 years to 10 years or less. Above 10 years, acceptable returns become unfeasible because of compounded interest and costs that will reduce the IRR to about 10 percent. We think an IRR of 40 percent is possible with a 10-year horizon.

2. What kinds of companies do you invest in?

Investing in early-stage companies is traditionally believed to be high-risk, but my years as a venture capitalist has given me an instinct to separate the feasible from the unfeasible.

We have invested in more than 30 companies to date.

We look for companies that are developing solutions that address compelling market pain points. Some of these investments are as low as $25,000 and some way higher. Our average investment in a company is $150,000.

For instance, we were co-founders in Calysta. Calysta developed Feedkind, a protein from naturally occurring microbes in soils worldwide. This high-protein feed is a sustainable alternative to fishmeal and other feed alternatives.

We have also invested in Urban Electric Power, which has developed the world’s first fully rechargeable alkaline battery for power backup and electrical grid applications.

Or like Zero Mass Water, which has developed the only off-grid, solar-powered water production device. Their product captures moisture directly from air, even in desert climates, and has been deployed around the world to address water-scarcity issues.

Since I set up the family office in 2014, we have seen more than 2,500 deals, and the numbers increase every week and year. It is tough when we turn someone down; it is tougher when we commit.

Investing in early-stage companies requires tough due diligence. We always hope to find that one unicorn that will make us a billion dollars.

We have board seats in some investments. Sometimes, though, we would rather meet the chief executive officer for an hour and have a one-on-one conversation. It is a better utilization of our time.

4. What makes you an investor of choice?

We know what we are looking for and are proactive in getting into products that will bring disruptive change. We understand the landscape and bring almost three decades of investing in early-stage companies. We have built credibility because of our past investments and their successes.

We invest our capital and connect with other resources as the need arises. We brought Cargill and Temasek into Calysta because of relationships we have invested in. When we were looking at an investment in products for Alzheimer’s, we brought in co-investors who had better knowledge in this area.

BFV also has invested in funds, 5 in total, that also includes 8VC run by Joe Lonsdale. We were investors in Formation 8 as well.

5. What is your investment philosophy?

I liken investments to barbells that need balancing. So on the one end, we have high-risk, high-return challenging venture capital investments. On the other, we have conservative investments with a money manager in safe, low-risk products as counter balance. 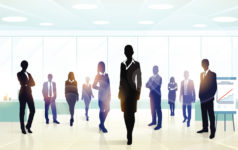