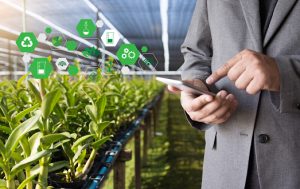 The firm unveiled soil and ecosystem analysis platform CIBO Technologies, which was created in 2015, several days after the fund close in early April.

Martinez said the idea stemmed in part from research into precision farming conducted during his time as a managing director at Syngenta Ventures, which showed promising companies developing sensors, software and related agtech products that failed to reach their full potential scale.

“There were very interesting solutions and very interesting technologies, but there was a lack of a systems-based approach and a scientific understanding of what was going on and why farmers achieved a particular outcome,” Martinez said.

CIBO Technologies aims to address this shortcoming through proprietary soil and ecosystem simulations that incorporate data from sensors, artificial intelligence and machine learning to produce recommendations tailored to specific parcels of land.

The platform also collects and displays publicly available information including valuation, environmental attributes and productivity for every parcel of land across the US, CEO Dan Ryan told Agri Investor, an affiliate publication of Venture Capital Journal.

“Over time, we’ll build on the information platform, as do all the other marketplaces,” he said. “At some point you’ll end up seeing more transactional listings as part of the solution, but the initial stage is to get the land evaluation platform out there for everybody to use.”

Flagship was founded in 2000 and describes itself as a firm that creates companies that seek to commercialize technologies derived from scientific breakthroughs. Flagship retains majority ownership of its companies, which it puts through a four-stage growth process, with the aim of turning them into public companies capable of attracting external investors.

Given Flagship’s established focus on healthcare, Martinez explained, it began with a thesis that innovations in healthcare could be transferred into agriculture. More recently, he said, Flagship has focused on exploring scientific breakthroughs in agriculture and agribusiness that may have applications for human health.

Martinez said Flagship is pursuing projects that fit into that thesis and could be among those that lead to the creation of new companies funded by the $1.1 billion Origination Fund, which is one of two fund types it raises to finance its operations.

The Origination Fund series is devoted to supporting the “origination, creation and development” of new companies while the Special Opportunities Fund supports Flagship’s 41 later-stage companies. The second iteration of the SOF closed on $824 million in March 2019 and constitutes the bulk of the $1.1 billion raised last year to support its later-stage companies.

Investors supporting Indigo Agriculture, for example, have included FedEx, growth capital firm Activant Capital and the $65 billion Alaska Permanent Fund. The Investment Corporation of Dubai has invested in both Indigo and Inari Agriculture, a company Flagship founded in 2016 to increase genetic diversity in seeds through machine learning and genomic tools.

“When we talk to our investors about the sustainability activities of Flagship and specifically what we are doing in agriculture, they are very excited about all the impact of the work we are doing as it relates to providing solutions for climate change because they have a lot of ESG mandates they also have to take into account,” Martinez said.

“The idea of partnering with us where developing a platform can have a dramatic impact on an industry and possibly really affect climate change – is something that is really compelling for our investors.”

This story first appeared in affiliate publication Agri Investor. Chris Janiec is a reporter at Agri Investor. He can be reached at chris.j@peimedia.com.