Venture Capital Journal
Home News and Analysis Firms & Funds For emerging managers, ‘it’s going to be tough for a while’
Firms & Funds 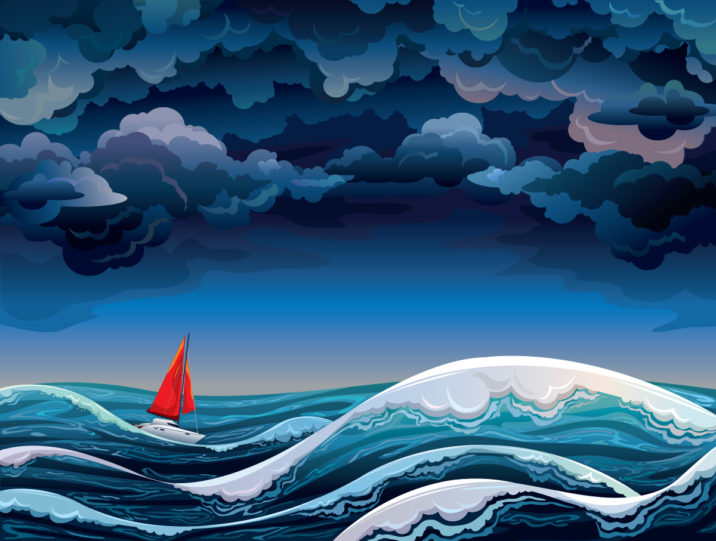 Samir Kaji, a senior managing director at First Republic Bank, has two decades’ of banking experience, working with venture capital and private equity investors in Silicon Valley, and he writes a blog on the venture and start-up scene.

So, when it comes to his outlook in the covid-19 recession, Kaji doesn’t mince words.

Kaji made that remark in late March when the shelter-in-place orders were still newly in effect and most GPs and LPs were still getting acquainted with how to hold meetings and pitches over Zoom.

Over the past decade, the number of emerging managers in the US has grown from infancy to now more than 1,000 active firms. This includes a number of established GPs, many of whom spun out of their existing firms and which were able to recruit institutional backing for their debut funds.

But the group of emerging managers also includes a number of small seed investors and other micro VC funds. This group have typically raised from family offices, many of which only began investing in the venture asset class during the post-2009 period of economic prosperity.

And Kaji says the micro VC funds that are family office-backed have the highest risk of not raising a second or third fund in the new post-coronavirus era. He notes, while there certainly remain a large contingent of family offices with long histories of investing across market cycles, he expects a good deal of them to retrench as they wait out the market.

Kaji therefore advises emerging managers to think of an extended timeline for their fundraising.

“I expect we’ll see a pause of at least six to 12 months for the emerging managers,” he says. “If some want to continue raising, they can and they still have a shot, especially if the LPs and GPs already have an established connection.”

Patience in a pandemic

Kaji says waiting might be better. He notes that from 2016 to 2019, the average time for micro VC firms to fundraise dropped from 20 months to 16. As a result of covid-19 fears and the reduction in business travel, not to mention the economy getting slammed, he recommends managers with first or second funds to plan for an 18-month timeframe from initial launch to fund close. That’s 18 months at the least.

This jibes with what several emerging managers told Venture Capital Journal in March and early April.

One San Francisco investor, who runs a solo GP seed-stage firm and was aiming to raise between $10 million and $20 million, says he is all but shutting down his fundraising efforts for a few months while he focuses on his portfolio. He has raised some commitments already, which he can use if he plans to invest.

A second VC, who was early in the process of raising a $50 million early-stage fund with another GP, says he likes delivering his pitch deck to LPs over Zoom since it reduces travel time. But he expects the inaugural fund won’t be raised until 2021 at the earliest.

Already, however, there is a victim among emerging managers.

Australia’s M8 Ventures appears to be the first firm to put fundraising efforts on hold due to covid-19. The Sydney-based pre-seed investor, which was trying to raise A$10 million ($6.2 million; €5.7 million), says it has gone “into sleep mode until there is more certainty in the economy.”

Founded by Emily Rich and Alan Jones, M8 Ventures aimed to invest in Australian and New Zealand tech start-ups. To overcome the first-timer hurdle, M8 Ventures plans to pivot and join forces with an unnamed “later-stage tech fund to be managed by a well-known identity in venture capital,” according to a blog post by Jones.

To be clear, the hurdles for emerging managers depend on how established they are. Another VC from the Midwest, who’s invested for about a decade and is currently in registration for a new fund, notes LPs have a long-term view. He anticipates LPs will still be interested in deploying capital in his fund.

“I believe we’re going to see an aggressive bounce back in recovery,” he says, noting the firm has seen an uptick in dealflow in the early weeks following the shelter-in-place orders.

Of course, there will always be exceptions. Mainly, those who are able to fundraise will be the spin-outs, GPs with established records and brands, and connections who leave larger funds, Kaji notes.

But part of the problem he says is how self-quarantining, which began in mid-March, affects travel.

“Zoom calls are helpful for GPs and LPs who have first-degree connections,” he says. “But LPs are not going to invest in funds and GPs they never met.”

Kaji notes the impact on travel and the economy surrounding covid-19 began in late Q1, a point in the calendar when many institutional investors “are buried with re-ups from existing managers in their portfolio.”

This has become even more the case, Kaji says, as many firms raise larger successive funds every couple of years. He expects LPs will, therefore, be more deliberate with emerging managers this year.

Chris Douvos, founder of Ahoy Capital, believes it’s going to be tough sledding for new managers who don’t have a well-articulated and sustainable competitive advantage.

“I think we’re going to enter a period where many LPs are feeling like their portfolios have shrunk, but their undrawn commitments are still looming large,” he says. “Unless distributions ramp up, which I fear is unlikely at the moment, some digestion is going to have to take place. As a result, a lot of folks are re-underwriting their entire portfolios, ranking their GPs, tightening their aperture, and making tough choices.”

Just nine first-time funds closed during Q1 2020, compared with more than 49 in all of last year and 63 in 2018, according to the first quarter PitchBook-NVCA Venture Monitor.

First-time managers and smaller GPs that need to engage new investors are likely to struggle due to travel restrictions and similar impediments in the economic slowdown, according to the PitchBook-NVCA report.

This was not the case for established firms in the first three months of the year.

Fundraising activity in Q1 was robust, with more than $20 billion raised in the US, driven by several mega-funds, including New Enterprise Associates, Tiger Global, Battery Ventures, Kleiner Perkins, Index Ventures and General Catalyst, to name a few. Overall, a dozen US venture funds closed on at least $500 million or more in Q1.

In fact, Tiger Global’s $3.8 billion fund comes just one year after the multi-stage investor closed on a fund of the same size in late 2018. This perhaps illustrates the strength of established managers to secure large sums with relative ease. However, this is not the case for smaller VC firms and micro VCs, who are particularly susceptible in a battered economy. Their small size and high-risk strategy provides little financial buffer.

Despite the bleak picture Kaji paints, though, he expects innovation and funding to continue. “Those emerging funds who ride out the economic slowdown and make it to the other side will have less competition, will see reasonable valuations and will be in a good position going forward.”

Lawrence Aragon contributed to this report

News Briefs 13 hours ago
Added to your Saved Articles
Loading
Unsave Article
Please confirm you would like to remove this article from your saved articles.
Share with other subscribers
Only logged in subscribers of this site will be able to access the shared article.