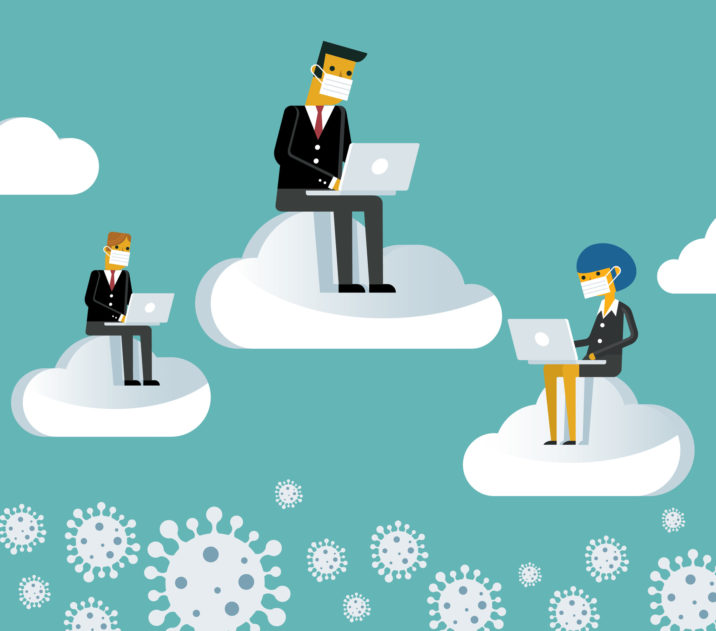 Earlier this year, Venture Capital Journal spoke with a couple dozen GPs and LPs about their outlook for returning to the office amid the rollout of the covid-19 vaccine.

The VCJ story in March 2021 showed that investors had adapted to new online practices of meeting virtually. Their outlook a year into the pandemic was to prepare for a hybrid approach of routinely making virtual calls, followed by limited in-person meetings to finalize commitments and deals over handshakes, or elbow bumps, depending on the comfort level.

As the second anniversary of the pandemic looms, that hybrid approach is even more ensconced.

A November workplace survey by Gunderson Dettmer showed that 60 percent of more than 250 venture firms the law firm surveyed said that they anticipate a hybrid model in the future.

Nearly half of the firms said that they have re-opened their offices, but having employees show up to work on-site is optional. In addition, one third the of firms said in the survey that they are fully remote.

Meanwhile, 37 percent of all firms said that they have no plans to mandate a return to office while 24 percent are unsure about issuing such mandates. The most common type of hybrid model the firms listed requires employees to come into the office at least two times per week.

Larger firms told a different story, as only 39 percent of large firms said they no mandate to return, and 18 percent will require part-time presence in the office. More than 40 percent of the large firms are still mulling over their return-to-office plans.

Interestingly, firms with more than 100 employees will need to comply with stricter guidelines to protect workers from the coronavirus under recently issued emergency standards from the US Department of Labor’s Occupational Safety and Health Administration.

Firms with more than 100 employees only constituted 16 percent of the survey.

The Gunderson Dettmer survey included firms based internationally, but respondents were predominantly from the US. California firms constituted nearly half of all those surveyed.

In regard to vaccinations, 28 percent of all firms are mandating a covid-19 vaccination for every employee, but 31 percent said that they are not mandating any vaccination. About half of the firms surveyed said that will require proof of vaccination. Nearly half of those firms said the only proof needed is a vaccination card. A total of 8 percent are having employees sign a formal statement regarding their vaccination status.

Other notable indicators from the survey:

Gunderson Dettmer said the survey demonstrated that as the workplace has changed during the pandemic, firms should prepare for flexible working requests, develop mask and vaccination policies and communicate the protocols clearly to employees. “Everyone’s ‘new normal’ will look different. Develop your firm’s strategy for safely returning or not returning to the workplace,” the firm advised.