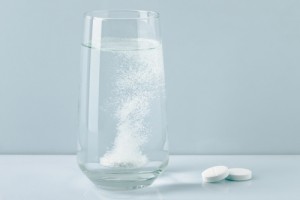 The firm’s Formation8 Partners Hardware Fund I, which was renamed Eclipse Ventures Fund I in October, has moved to separate offices in Palo Alto, California, according to a regulatory filing. The $125 million fund is to be managed by Lior Susan and Greg Lyons and was previously located at Formation 8’s San Francisco-based office.

An October filing listed Brett Cummings as involved with the fund instead of Lyons.

The fund and its partners are the latest to go their own way since Formation 8 announced in early November it would not raise a third fund. Earlier this week members of the investment team, Jacob Medwell, Andrew Oetting and Kimberly Scotti, filed to raise Eight Partners Fund I. A target size was not listed in the regulatory document.

Eclipse Ventures Fund I was raised from 50 LPs, according to the filing. A first sale occurred in May.

In its November announcement, Formation 8 said its partners would “pursue different paths going forward.” The firm was co-founded by Joe Lonsdale (a co-founder of Palantir Technologies), Brian Bonwoong Koo and Jim Kim, a former general partner at Khosla Ventures. A news report said Lonsdale would launch his own fund, 8 Partners, with a target of $400 million.

The firm backed Oculus VR, which Facebook bought for $2 billion, and RelateIQ, which Salesforce acquired for $390 million.

Separately, a woman who accused Lonsdale of sexual assault dropped her suit against him early this month.