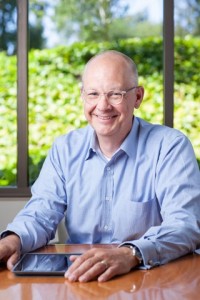 Menlo Ventures announced on its blog this morning that it has hired Jim Dawson, former chief sales officer of Fusion-io, as venture partner. At Menlo, Dawson will look focus on storage and infrastructure. Dawson joined Fusion-io in 2009 and left in late 2013, according to his LinkedIn profile. Before Fusion-io, he was with 3PAR and Scale8 before that.

Update: This post was updated to include the blog text below.

Menlo is excited to announce that Jim Dawson, former Chief Sales Officer and EVP at Fusion-io, is joining us as a Venture Partner. Jim will focus on storage and infrastructure investments and will leverage his extensive sales leadership experience with Menlo’s enterprise portfolio.

We’ve known Jim since he was VP of Worldwide Sales at 3PAR, a Menlo portfolio company, where he grew the company’s revenue from $6M to more than $200M. Jim went on to have similar success at Fusion-io where he grew that company to hundreds of millions of dollars in revenue.

Prior to 3PAR, Jim was Vice President of Worldwide Sales at Scale 8, and a Vice President at Data General Corporation, where he was responsible for the Clariion storage business internationally and was a member of the original Clariion business unit.

Jim graduated from Weber State College with a BA in Economics and completed an internship working for the US Senate Committee of Banking, Housing, and Urban Affairs. He has worked and lived in Washington D.C., Tokyo Japan, Singapore, Hong Kong, London, the San Francisco Bay Area, and Cameron, Montana.

Jim, with his extensive enterprise sales expertise, will be a welcome addition to our resource team as the enterprise investment landscape continues to expand.