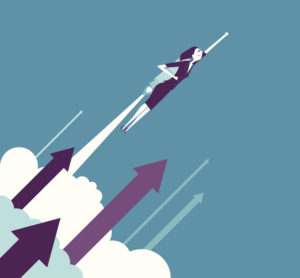 Tina Hoang-To, who joined Obvious Ventures as a partner last year, has left the San Francisco-based firm and launched Kin Ventures, according to her updated LinkedIn profile, which indicates she began her new endeavor in October.

Hoang-To declined to discuss the move. And little is known about Kin Ventures. There’s no regulatory filing indicating a venture firm called Kin Ventures is raising a fund, and the website is nothing more than a landing page at this point.

It was just over a year ago that Hoang-To was hired to lead the emerging growth practice at Obvious Ventures. At Obvious, Hoang-To steered an investment in Torch, which raised a $25 million Series B deal led by Obvious earlier this year. The San Francisco-based company provides professional training and coaching services.

Prior to Obvious Ventures, she was at the growth-stage investor TCV. Hoang-To previously founded and served as CEO of Wedding Spot, a venture-backed marketplace that provides price quotes for wedding venues. That company was bought in 2019 by Cvent.

In January 2020, Venture Capital Journal named Hoang-To as one if its Rising Stars in the venture community. At the time, she was with TCV, where she focused on consumer internet. At TCV, which she joined in February 2019, she served as executive vice president and was involved in such deals as Splunk, Merkle and Modsy. It was her second stint at TCV, having served as an associate beginning in 2008.