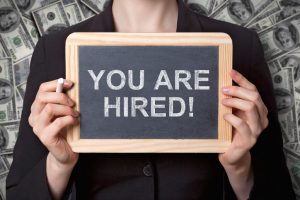 In a letter to LPs, Foundation Partner and General Counsel David Armstrong said Singh will transition to the new gig “in early April 2017.”

NeoTribe was recently founded by Krishna “Kittu” Kolluri, who left New Enterprise Associates in December after 11 years at the firm. The early stage venture firm, based in Palo Alto, Calif., is seeking $90 million for its maiden fund, according to a regulatory filing in February.

Foundation’s IT practice, co-led by General Partners Ashu Garg, Paul Holland and Steve Vassallo, will “continue our pre-existing recruitment effort to add additional depth to our IT bench,” Armstrong said in the letter.

Singh joined Foundation in late 2013 from Comcast Ventures and focuses on investments in enterprise infrastructure, security and the Internet of Things. He has worked closely with Foundation portfolio companies CliQr, ForgeRock, Trufa and Zerostack, according to his bio on the Foundation’s website. Singh previously co-founded Bitsplay Systems, a networking appliance company that optimizes the streaming of video from data centers, while he was an entrepreneur-in-residence at Foundation in 2007.