The Seattle firm began compiling a covid-19 dashboard weeks ago after the turmoil hit. The data work is led by Dan Estes, who, as a general partner and co-head of Frazier’s Life Sciences platform, comes from a background as a management consultant of McKinsey & Co’s healthcare practice.

Updated daily, Frazier’s covid-19 data pack includes detailed trajectories around new cases, new deaths, coronavirus testing and fastest growing areas or “hot zones” across the nation and worldwide. It also has a scorecard of when US states will open up, estimated covid-19 related deaths that have gone unreported, and other updates on progress or studies related to the war against the pandemic.

The analysis was initially created for internal purposes and to share every three weeks on an expansive virtual session, organized in partnership between Frazier’s Growth Buyouts and Life Sciences platforms, Ben Magnano, a managing partner on the Growth Buyouts team told PE Hub.

Frazier’s virtual session has also taken off, with more than 300 people dialing in on the first call and some 1,000 tuning into the recording after the fact, Magnano said.

The session includes Frazier’s entire LP base, portfolio company executives and everyone on the investment team. Leading the conversation is Tadataka “Tachi” Yamada, a well known pharmaceutical executive and venture partner on Frazier’s Life Sciences team.

The point of the call is to “provide perspective and a state of play on therapeutic testing, vaccines – all things covid,” according to Magnano, who said the next session is scheduled for next week. “Speakers on these calls are on the cutting edge of what’s being done.”

“And as a somewhat crazy aside, I’m not sure how this happened, but the Pence Task Force was made aware of the session,” Magnano said. “It became clear they have a team of data scientists trying to form the thinking around when the country reopens.”

Working its way through the python

Frazier had two deals under exclusivity when things hit the fan in March, upon which they made the decision to hit the pause button. Neither are under that status any longer, however, Magnano said optimistically, one of those deals remains active.

“The pig is working its way through the python,” Magnano said. “We’re 15 months away from having this really bad quarter out of the mix … Lenders’ presence and excitement for participating will be a huge component of this [return to a normal M&A market].”

Under a period of time where cash is king, Frazier is spending a lot of time thinking about internal needs.

One way the firm is choosing to help its companies is by suspending board and management fees associated with its investments, he said.

“We absolutely have situations where either the management team or we have decided it doesn’t make sense to be paying management fees right now,” Magnano said. “We have had a number of board directors say this isn’t the best use of our cash.”

Frazier is not alone. PE Hub has learned that other firms are doing the same or considering similar measures, citing cash preservation in the midst of economic volatility.

“I’m proud to say that members of our senior advisor group volunteered this,” Magnano said. “We have former CEOs that know when it’s the right time to do the right thing.”

The firm is also working through ways in which its companies can benefit from the CARES Act.

Although its growth buyouts companies have been unable to access the highly sought after Paycheck Protection Program, and the firm’s VC-backed companies have chosen not to apply, many are taking advantage of another component of the stimulus.

Across the board, every one of Frazier’s physician practice businesses are taking advantage of The Advanced/Accelerated Medicare Payment Program, Magnano said.

As its name suggests, the rule allows healthcare providers and suppliers to apply for accelerated or advanced Medicare payments through the covid-10 outbreak, with specific grace periods for repayment of funds.

For many healthcare providers that are suffering from a short-term drop in patient cancellations as elective procedures are called off, this program could be particularly valuable.

Frazier also holds twice-weekly calls with each portfolio company’s finance-focused executives, general counsel and HR, looking at the availability of the various programs to potentially access funding streams or other measures of financial relief. The calls also discuss furlough activity and the like to the extent the company is doing that, Magnano said. 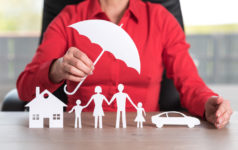 How WFH has forced a reevaluation of cybersecurity needs 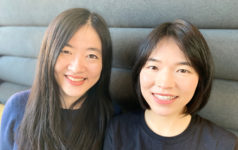