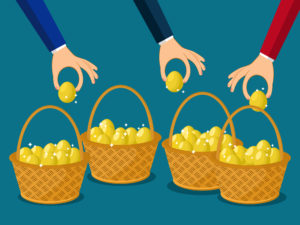 GPs breathed a sigh of relief this week after US Democrats nixed their plan to close the so-called loophole for carried interest. But, as this issue has been off and on the table for more than a decade, you can be certain this won’t the last we hear of it.

The subject of carried interest came back into the spotlight on July 27, when Democratic senators Chuck Schumer and Joe Manchin put forth the Inflation Reduction Act. Part of their plan called for taxing GPs’ carried interest as regular income rather than as capital gains. The change would have produced an estimated $14 billion in tax revenue over 10 years.

It looked like the battle over carried interest was finally over. However, Senator Kyrsten Sinema convinced her colleagues to yank the part about ending the “carried interest loophole.” The Dems went on to pass the revised act on Sunday, August 7. Now, the House is expected to vote on August 12 to approve the bill, which president Biden has said he will sign.

Raising the tax on carried interest would have been a major blow to VC and PE fund managers, based on affiliate title Private Equity International’s survey of 90 fund managers and lawyers last year. Just over 80 percent of respondents said taxing carried interest as income would negatively affect their firm’s operations.

“The industry becomes less attractive to people, and that has an impact on who does it and who stays in it,” said a London-based fund of funds manager at the time. “I just don’t believe any change to carried interest tax does not have an impact on the industry.”

With regard to the latest bill, GPs said they were concerned about the reintroduction of a “clock,” meaning that the five-year holding period doesn’t start until a fund has invested “substantially all” of its committed capital. Industry participants have raised concerns that such a requirement could kill the burgeoning continuation fund market.

Another worry was that a higher tax rate might cause the interests of LPs and GPs to diverge. Nearly 70 percent of respondents to last year’s survey argued that a change would indeed hurt alignment. It might, for instance, disincentivize sponsors from realizing investments early.

Of course, there are many other factors that inform the timing of an exit beyond an individual’s tax bill, including the fund’s lifespan and the market conditions into which you are selling. But a potential change to holding periods isn’t insignificant, even if longer periods, while reducing IRRs, tend to result in higher money multiples for investors.

Not everyone in the industry is convinced of the arguments of GPs. The head of PE for a sovereign wealth fund said private equity would continue to be a lucrative occupation under any outcome. “It’s a load of baloney,” the LP said. “GPs will do it [private equity investing] because it’s still a lot of money. All we’re talking about is taxing the profit… there’s still a profit motive.”

Whatever your take is on the issue, you can be fairly certain that Democrats aren’t going to let it die. They have been trying to close the loophole since the days of president Obama.

Our then-colleague Dan Primack wrote in February 2009: “The morning after Barack Obama was elected president, I wrote that the debate over carried interest taxation was effectively over. Obama had promised on the campaign trail to change the treatment of carried interest from capital gains to ordinary income – which in most cases would raise the rate from 15 percent to 35 percent – and I saw little chance that he’d go back on that word.”

Yet here we are 13 years later. How much longer will the industry continue to dodge the bullet?